Fortnite's Rift Zones that were a part of the latest patch have thrown out something entirely new to the Fortnite series, a crossover. Okay, they're not new to Fortnite but a crossover with Borderlands is. The update will include a few Borderlands themed changes to get us all excited for Borderlands 3's impending release.

The most notable change is an addition to the map. An area near Paradise Palms will be changed to a small section of Borderlands' Pandora, complete with cell-shaded graphics. After stepping into the crossover segment if you don't take damage for four seconds you'll start generating a shield. Any builds you use whilst in this area also look like they'll take on a Borderlandsy appearance.

Alongside this, there'll also be a new skin. This will be the Psycho Bandit, the topless lad who runs about dual-wielding axes. He'll also come with his aforementioned weapons and Claptrap on his back, who'll no doubt spout nonsense as you run about. This will be available in the store for 2000 V-bucks. 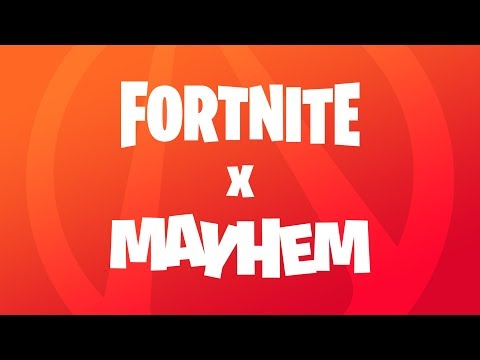 There will also be challenges themed around Borderlands to complete. Doing so will net you some Borderlands themed goodies such as weapons skins and sprays if that's your kind of thing.

Outside of Borderlands, there'll also be a deployable defensive item found scattered about called the Shield Bubble. This will create a large bubble around players that will protect them from any incoming projectiles for 30 seconds if someone destroys the bubbles emitter. You can still fire from inside the shield though so it's not just delaying the inevitable for 30 seconds.

If you're a long-time Borderlands fan and have yet to try out Fortnite then it is available now on the App Store, Google Play and Nintendo Switch. It's free-to-play with in-app purchases.