Epic Games is serious about cheaters, but this time around, the company’s setting its sights on two highly popular YouTubers Brandon Lucas, or Golden Modz, and Colton Conter (Excentric) for using Fortnite cheats in their videos and selling them to other players. 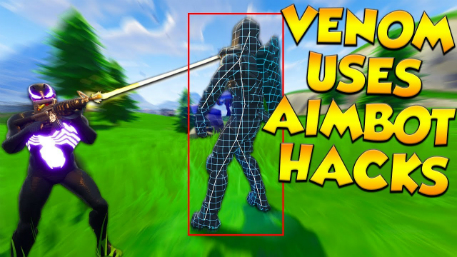 Golden Modz currently has over 1.7 million subscribers, and many of his Fortnite videos over recent weeks top 1 million views. That might be coming to an end soon, as Epic Games has filed a lawsuit accusing Golden Modz and his partner, Excentric, are in violation of the Digital Millennium Copyright Act for their frequent use of cheats, particularly an aimbot cheat which Lucas has then gone on to sell on his website for profit.

Lucas, meanwhile, is unapologetic, and continues to post videos, including one about the lawsuit itself. He’s even made plans for a backup channel, although it hasn’t been put to use as of this writing, as YouTube begins to remove some of his videos.