If you missed our Pocket Gamer LaunchPad stream last night, we showed off a new trailer for Forsaken World: Gods and Demons which is now celebrating its half-year anniversary with some new content. The update is coming soon for iOS and Android.

The trailer introduces you to Sheila, a powerful new character in the Forsaken World universe. She is known as the Goddess of Calindor, a place that was once a wonderland with forests, oceans and mountains but has now been twisted into a dangerous and barren location due to recent war.

Sheila is a creation from a bet between two primal gods, making her appearance on the battlefield for players who are brave and strong enough to utilise her immense powers.

You can watch the part of the LaunchPad stream below in which James and Dann show off the trailer and discuss Sheila and some other upcoming features coming to Forsaken World. 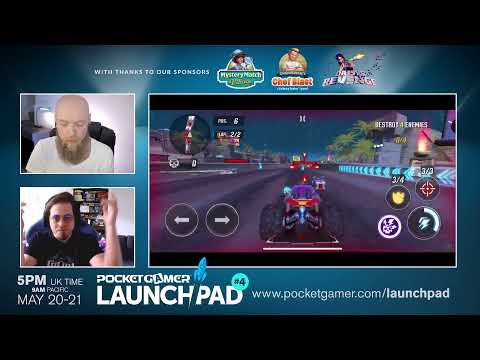 Another new feature coming to the game is the challenging Pet Raid game mode, which is about to launch with new pets, strategies, and customisation of positions. If you’re level 150 and above, you can participate in this new mode where you face off against other players for weekly rankings and rewards, taking advantage of your vast collections of pets with different abilities and selectable buffs.

There’s also a new endgame system coming to Forsaken World called Mentorship, in which you can choose another player to be your tutor and begin a relationship together to complete sets of daily tasks. Taking part in this feature will result in the two of you earning Mentorship Points, which can then be exchanged for rare in-game items.

You can download Forsaken World: Gods and Demons now from the iOS App Store and the Google Play for Android store.

Check out the rest of our LaunchPad #4 reveals at the official hub page
Next Up :
Secret Shuffle, a brand new party game fit for up to 60 different players, set to launch later this week

Forsaken World: Gods and Demons - everything you need to know about its new Conquest PvP mode