Delphine's Flashback rocked the world when it released back in 1992. Its realistic visuals plonked it firmly in the 'revolutionary' cinematic platformer subgenre. It's now 17 years later and we've recieved a remake on both iOS and Android - where does the remaster fit in?

If you speak to those who played earlier releases of Flashback then they'll describe it in the same way they'll describe most of its subgenre peers. It is a slower and more delibearate platformer, levels can be traversed at your own pace and enemies are on an equal footing to you, it's almost more of a puzzle game than a platformer due to the realistic traversal and the way it uses items.

If that is what you look for in a game — if you're the kind of person who enjoyed the original Prince of Persia, or titles like Blackthorne and Heart of Darkness — then it is perfect for you. Great news for fans of the original also, its 1992 mode is almost identical outside of input. As a matter of fact, between the 1992 and Modern Modes, it is a great example of a modern port. 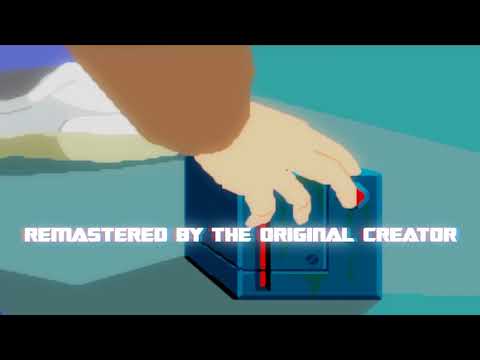 Modern Mode adds in a few changes to the original: new graphics and audio tracks, tutorials, and a rewind function which saves restarting at checkpoints. It's a very good addition to a classic and elements like the tutorial will make it easier for new players to get to grips with it.

The real stickler, however, is the controls. The default controls are touchscreen, requiring horizontal, vertical and diagonal inputs to indicate jumps and jumping directions - if you've not used this control scheme before then it is clunky and alien, especially so due to the heavily aged feeling of movement in the cinematic platformer subgenre. You can, and I think many will, change it out for an on-screen analogue input, this feels a lot better, however it doesn't solve the biggest issue that new players will face.

It's the 'realistic' movement which will cause the biggest issue for new players. Those who have dabbled with Flashback before will feel fine, and the ruby-tinted glasses will wax over the issues, but for new players the slow reaction to input will be jarring.

If the Flashback series had continued and got 3 or 4 games in then the controls would have been changed with the time and maybe a remaster would have featured the old game with the new movement-to-frame ratio. That's not the case though, and as such Flashback Mobile remains leashed to its past through its most iconic, and worst, element.

Flashback is available now on both the App Store and the Play Store.

A true-to-the-original remaster which, sadly, retains the original's weakest point as a point of pride. Existing fans will find this an essential purchase while new players may just find it frustrating.
Next Up :
Warhammer 40,000: Tacticus review - "An approachable strategy to a grimdark future"