So many action games out there are focused intently on giving you quick and easy means to destroy your foes. You usually have laser cannons or machine guns at your disposal, meaning that victory is rarely more than a tap of a button away.

Fireball SE is slightly different. Although your objective is still to eradicate enemy units, you have no weapons to speak of. Instead, you have to utilise floating bombs to vapourise your opponents.

You detonate these bombs in two ways - flying directly into one will start its destruction sequence immediately, but you can be a little more strategic by gliding close by. Doing so will trigger a timed explosion, which allows you to lure enemy units in closer and earn yourself a considerable combo bonus.

Furthermore, other bombs caught in the blast will explode as well, causing a chain reaction that can sometimes sweep the screen clear of hostiles.

You control your blob of fiery matter using a virtual stick, which affords a surprisingly decent degree of control.

By tapping the screen with another digit you can execute the Meltdown mode, which slows down time and allows you to perform more precise evasive manoeuvres. This power isn't unlimited, though - your Meltdown gauge will deplete pretty quickly, but thankfully you can restock it by collecting orbs dropped by foes.

Fireball SE features three main modes: Waves, Countdown, and Survival. Their names give a pretty solid indication of what's involved, but ultimately the gameplay differs very little between each mode - you're essentially avoiding enemies while trying to trigger massive chain-reactions with bombs.

Although Fireball SE's rather lurid blue and orange aesthetic leaves quite a bit to be desired, the game is presented very effectively in other respects.

Especially cool is the fact that the pumping dance soundtrack slows down accordingly whenever you unleash your Meltdown mode, and the explosive sound effects are well-suited to the action.

The 'avoid-to-destroy' premise also has legs: the high score appeal of the game needs little explanation, and the challenge of weaving your way through a mass of enemies is addictive - especially when you can spice things up by slowing down time and chaining together massive explosions.

Despite the wide range of modes and sub-modes, the gameplay does border on the repetitive after prolonged play, but if you approach it in small, bite-sized gaming sessions, Fireball SE has the energy and appeal to last for quite some time. 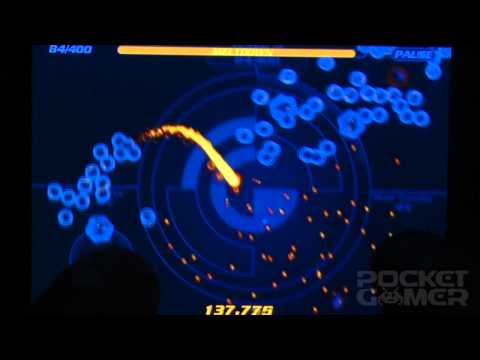 This 'dodge-and-detonate' action title stands out from similar games on iOS, and while it does get repetitive after a while, it’s still unique enough to be given a chance
Next Up :
Tightrope Theatre review - "Failure is very much an option"