iOS
| Fighting Fantasy: The Warlock Of Firetop Mountain
Get
By Harry Slater
| Feb 22, 2017

The Warlock of Firetop Mountain is something of a departure for Tin Man Games. Although judging by the title you wouldn’t think it.

The game begins with you picking a character. They each have different strengths and attributes, and they’ll slightly change the experience as you work your way through the titular menacing hillock.

Once you’ve worked through a combat tutorial, you wander into the subterranean depths and start your quest. 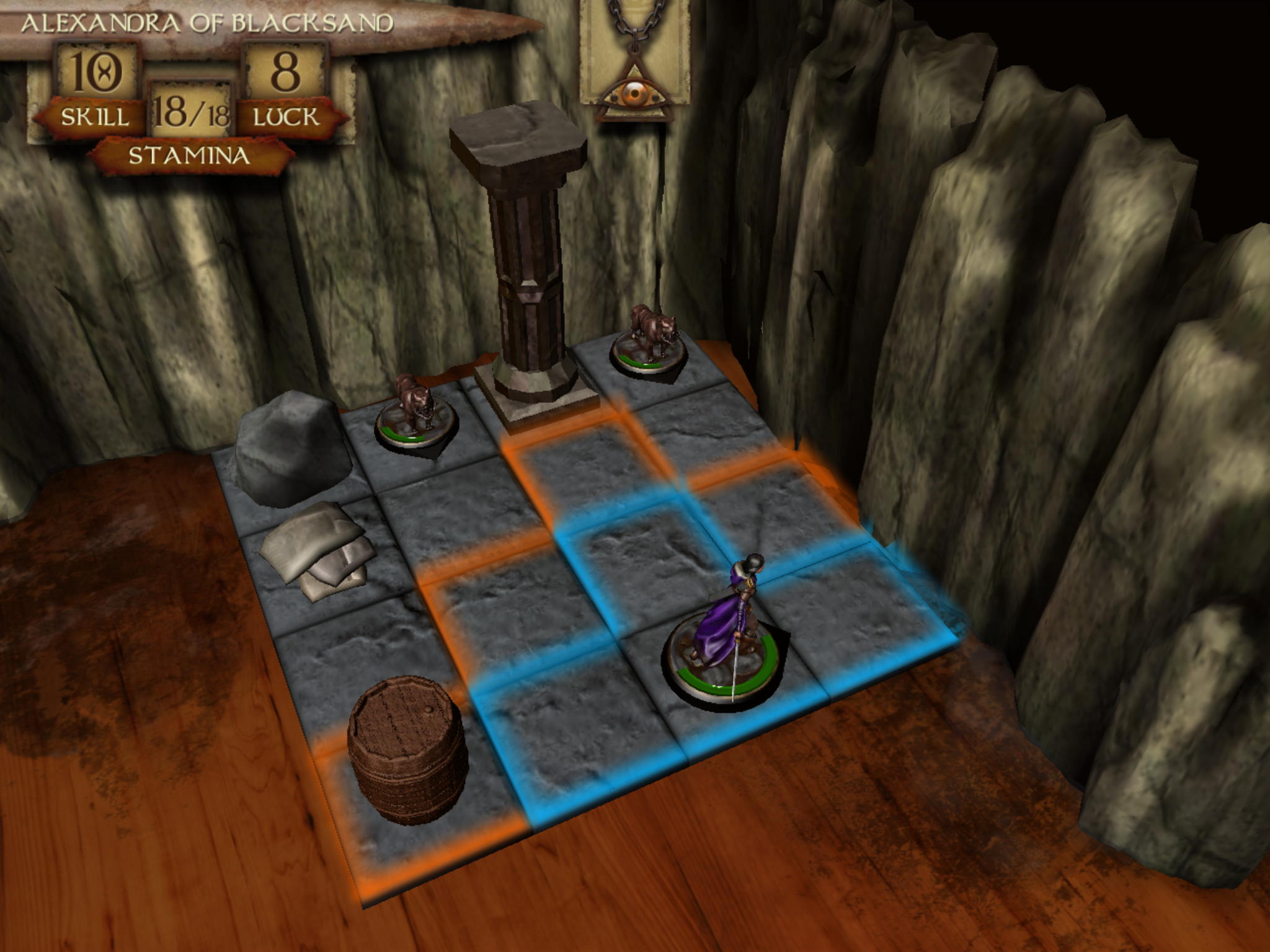 You’re still making choices from chunks of text, but your movements through the world are depicted in an impressive 3D engine. You turn a corner and the world literally drops down from the ceiling in front of you.

While this is mainly an aesthetic change, it’s with the combat that things have really changed. Rather than just rolling dice and letting the game engine work out what happens, here things are much more hands-on.

The fights take place on gridded levels. Each round you can move or attack. You choose what to do, and then you and your opponent perform your actions at the same time.

There’s a strategic bent to the fights. You need to move around and avoid attacks, while still trying to inflict damage. You can clash with your opponent by attacking at the same time, but this throws an element of chance into proceedings. 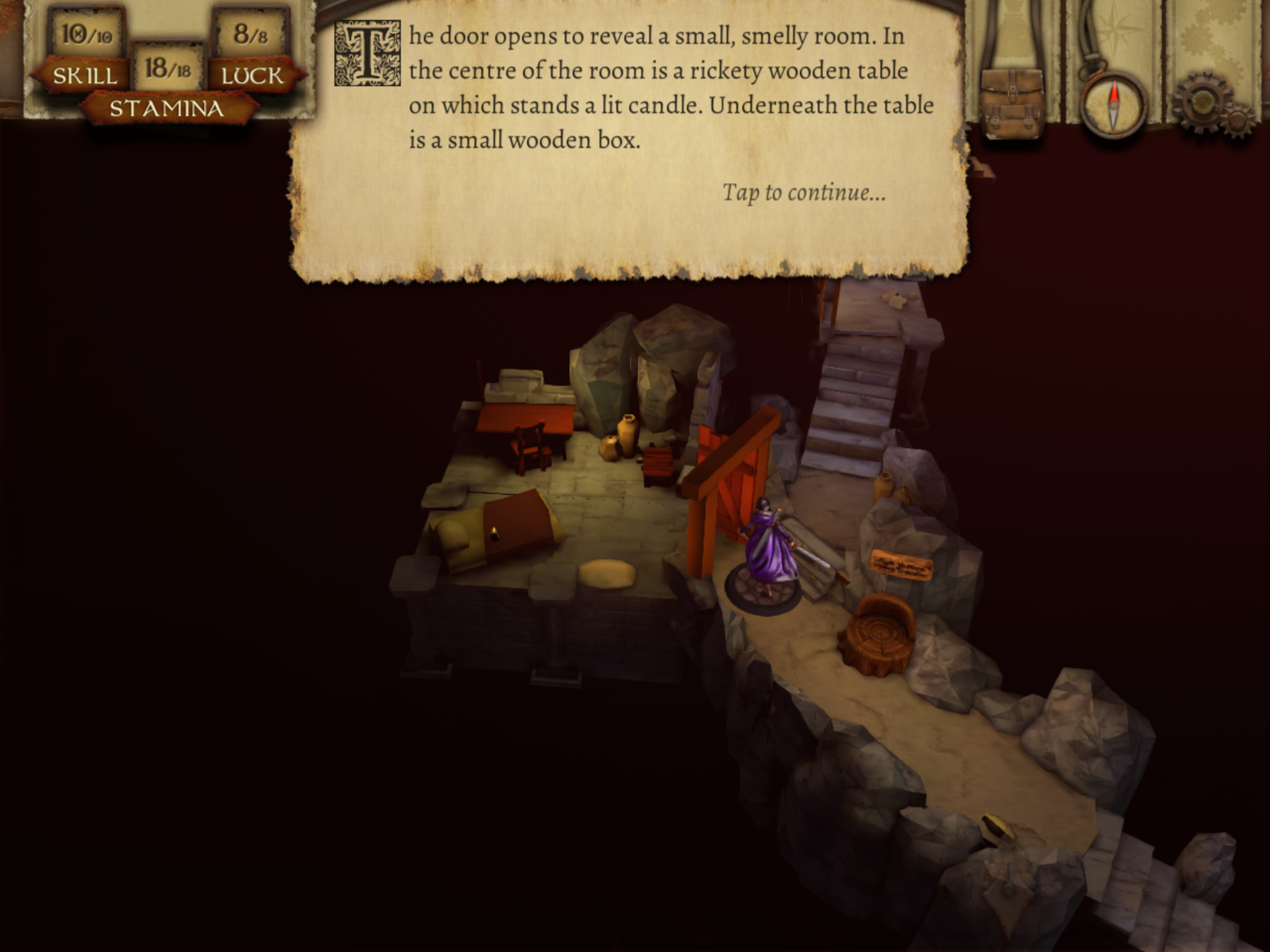 Instead you’ll often try and attack the square that you think your enemy is going to move into. That can mean swinging into thin air if you get it wrong, but there are tell-tale signs and patterns that you learn to read that’ll help you out.

The rest of the game isn’t quite as interesting, but there’s still a solid beat to proceedings. You’ll explore, find horrible monsters and puzzles, and try and figure out the mysteries of the warlock and his big rocky house.

There’s a good chunk of replay value here too, as there are always plenty of avenues you can explore. Plus it’s nice to see a dev of the calibre of Tin Man trying something new.

And for the most part it succeeds. This is an engaging and entertaining single player boardgame with an impressive story, a lovely look, and plenty of nostalgia too. Definitely one to check out.

The Warlock of Firetop Mountain is a brilliant story wrapped in a great game, and you should definitely give it a go
Next Up :
Warhammer 40,000: Tacticus review - "An approachable strategy to a grimdark future"