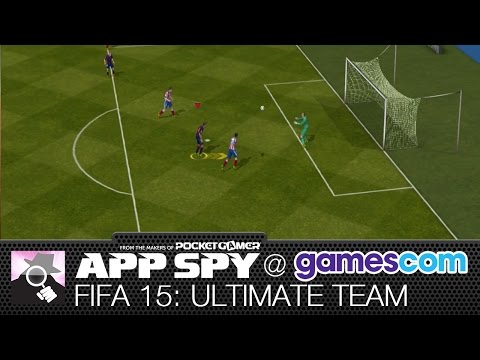 The next version of FIFA will really put the focus on the hazardously addictive card-game-meets-management-sim mode, Ultimate Team. In fact, the next game is called FIFA 15: Ultimate Team. See. It's right there in the name.

That's not the only change. Following negative player feedback on FIFA 14's gesture-driven controls (we dubbed them "impractical" and "a write-off"), we're back to a button-based control scheme.

You'll also find a dedicated throughball button, and you can activate close ball control by double-tapping the floating joystick.

AppSpy's James discusses all this - plus the game's move to a more traditional free to play mode - in his hands-on video, above. The game's out soon - "weeks, rather than months" says EA - on iOS and Android.