Stateside: It's time to say bye bye to the era of iOS-only games

Chicago-based Carter Dotson is a senior writer at 148Apps.com, which was acquired by PocketGamer.biz publisher Steel Media in 2012.

At the Pivvot launch party recently at Emporium Arcade Bar in Chicago, I had the serendipity to again run into the developer behind the game Deepworld.

The studio wasn't there for the party, though the tean was soon introduced to the rest of the Chicago gaming scene that showed up - with a cameo from Vlambeer's Rami Ismail, about to leave town.

I got to talking to the team and they lamented that they were having difficulty with getting their game on to other platforms.

The 2D crafting and exploration game supports cross-platform multiplayer between Mac and iOS versions, but getting on to Android and PC was a challenge due to the technology the studio was using.

This seemed a rather ironic topic of conversation at an event designed to celebrate the launch of a game that specifically showed off the benefits of being ready to go multiplatform from day one.

Pivvot launched on iOS on 1 August, but at Emporium, the game was being demoed on not just iPads, but on a computer hooked up to a large projector that spectators could play with a PS3 controller, as well as on the Indie City arcade machine, which continues to feature Pivvot. 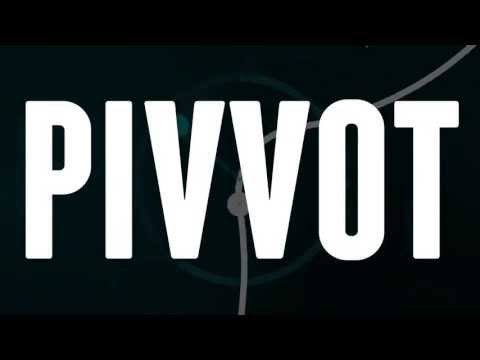 The event served not just as a way to celebrate the climax of months of work for lead developer Whitaker Trebella, but to also get the game in the hands of the general public at a happening Chicago nightspot.

It helps that the machine is free-to-play in a world of token-operated games, but still, it's a heck of a showcase.

And it was all possible because Trebella decided to use Unity.

Regrets, I had a few

He didn't just do it so that inebriated strangers could play his game, no – he learned from the regrets he had from his first game, Polymer.

When I spoke to him for the purposes of a feature on 148Apps, he specifically mentioned that ever since releasing Polymer, he'd "been frustrated that it’s only on iOS."

“The main reason for that is simply because I don’t know how to port a game from Objective-C onto other platforms,” he added.

"After Polymer, I always planned on going into Unity development because of how easy it makes porting. Now that Pivvot is in Unity, my options are wide open for launching on various platforms. I'm very glad I made the choice to go with Unity."

This decision could be one that pays off financially for him: the game's already catching up to his first release and with PC/Mac versions planned and a Greenlight page started things could get even better – especially with the possibility for an Android release down the road also on the cards.

The game seems quite likely to be a financial improvement over his first title, and multiplatform will likely play a huge role.

The lesson is simple: be ready to go with a multiplatform strategy early on in order to increase a game's chance of success.

And really, considering that there are so many ways to make a game multiplatform, why ignore them?

Unity, of course, is a huge player, and with good reason: it can export to every relevant platform. For open markets like mobile and PC, that's a huge plus, and leaves open opportunities down the road.

Fear that Unity might get too big for its britches? Well, other cross-platform tools are coming out. Havok's got its Anarchy engine which has launched with a free version, and given its experience in the gaming industry, it has to be at least seriously considered as a rvial option.

Unreal's not as big on mobile as it should be, but with Unreal Engine 4 in the works, perhaps UE3 in full could become open to more developers who could utilise it on lesser mobile hardware while keeping open PC and console distribution. Flash with Adobe Air remains an option too.

Even jumping from iOS to just one other platform such as Android has an increasing number of options.

Apportable is one of the more prominent ones, with games using its SDK ranging from Avernum to Zen Bound.

Marmalade's been working with Pocket Gems to port games over. Heck, just wander down the aisles of a trade show and you'll find it hard not to trip over a company promising a way to port iOS games to Android - it certainly seemed that way at the last couple GDCs.

Even Google has a tool for porting Java code to Objective-C!

Reasons to be cheerful

The number of ways a developer can go multiplatform is only increasing in number and the reasons for doing so are increasing as well.

In my view, developers really shouldn't have much confidence in the one platform strategy right now. Why not hedge the bets of a game's performance by trying to reach as much of an audience as possible across multiple platforms?

Considering there are an abundance of tools designed to male this possible, instead of timely and costly port jobs, why not take advantage of them if the title is a good fit for another platform?

Maybe building a casual match-3 game in Unity is overkill, but there's plenty of other titles that are mobile-only that would be great fits on PC, if only they were easily-equipped to make the jump.

So why not be ready for it from day one?