Stateside: It's time for the testosterone-fuelled games industry to grow up

Time is running out if we want to be taken seriously

The culture that surrounds the games industry is, sadly, often something of an ugly beast.

I'm sure we can all think of occasions when its flaws have - intentionally or not - been boldly placed on display for the rest of the world to see.

This past weekend's VGX awards - spun off from the Spike TV Video Game Awards that's aired on US TV and online in past years – raised the question of whether the games industry will ever be able to take itself seriously.

In my view, its apparent inability to do so is no laughing matter.

Is it unfair to use an awards show to criticise gaming culture? After all, award shows of any kind are typically known for their attempts to weave humour into their proceedings – Ricky Gervais' hosting of the Golden Globes in recent years a prime example.

The difference is, organisers behind film and televisions big awards shows are able to indulge in some lighter moments because the awards themselves carry prominence – the institutions that adorn the trophies they hand out mean something.

When a game like Forza 5 - which has only just launched on a console constrained by limited supply - wins 'best racing game' on the back of an internet poll, you have to question the legitimacy of the entire exercise.

Indeed, the entire show is essentially just one massive advert for games yet to launch rather than, as you might expect, a celebration of those already on the market.

For instance, imagine if the Oscars used the show to premiere a trailer for Transformers: Age of Extinction – not only would it be disrespectful to the films up for awards, it would also be entirely out of place for a show designed to honour the previous 12 months' highs.

In the case of the VGX awards, it didn't help that no one besides co-host Geoff Keighley seemed to take the event seriously.

Indeed, a cringe cut of the awards has been widely circled around the web in the days since, even though Viacom has (perhaps understandably) appeared dead-set on censoring it.

Joel McHale was even hired seemingly just to make fun of the show, and all those watching. It's fair to say, he put forth a performance worthy of the standard he set in the US pilot of The IT Crowd.

Perhaps predictably, Twitter spent a large chunk of its Saturday night setting out to make fun of the awards, with only a brief interlude afforded when the impressive No Man's Sky made its debut (and more on that later).

And yet, this laughing stock is supposedly the industry's biggest awards show. Its big moment in the spotlight. Its main chance to showcase what games bring to the table to a wider, mainstream audience.

Sadly, the fact is gaming culture still seems content with curling up into its own niche. For starters, the industry's biggest awards show airs on a TV network in the US that's primarily aimed towards men.

The VGX awards are entirely in keeping with the rest of games culture, too - a culture that considers pushing out an advert trumpeting a first-person shooter's glorification of he "mind-blowing freedom of all-out war" on and around Veteran's Day an entirely legitimate strategy.

The wider question is, why would anyone who doesn't fit neatly into this aforementioned male niche want to take part in a culture – and, indeed, an industry – that seems designed to isolate them?

Why would women, for instance, watch something like the VGX awards and think "yeah, this is an industry I want to be involved with"...?

Say what you want about mobile, but no-one can deny that it offers a far broader, more balanced approach when it comes target audiences. Though, clearly, there are games that come with very defined audiences – even in terms of gender – there are also a mass of games that, like Candy Crush Saga and Clash of Clans, are essentially gender neutral.

Some may may mock mobile games – and the apparent dominance of the casual scene – but casual gamers are still gamers, and they're voting with their wallets: they want something different.

Of course, even the mobile scene can, at times, appear to lapse back into old habits. Is it appropriate, for instance, for a developer to detail a metaphor about an experience with a Ukranian prostitute at a bar at an industry conference?

The debate rages on, but even if you consider such comments crass and offensive, their sentiment is certainly nothing new.

Indeed, the fact that the story took place in a bar points to another factor: that so much of the socialisation revolves around alcohol-fueled meetups. These aren't bad in and of themselves, but for people who don't want to drink in bars just to socialise with their peers, they have few other alternatives.

Yes, bars serve as a cultural institution for people who want to just meet up and spend time together, but is there any reason why events not focused around alcohol could be held? Board game nights at conventions, for instance?

No need to conform

Is there any reason why the organisers behind GDC couldn't hold night-time events focused around multiplayer games, physical or digital, for people to come to and socialise at for reasons besides "there's alcohol here?"

I like drinking (I'm a professional writer, after all), I like violent first-person shooters, but I don't exclusively like them. I'm not the only one, either.

There's no reason why, in an industry populated by a large number of people who grew up shying away from the 'mainstream', we all now suddenly have to conform to doing things a set way.

There are signs that things are improving, however. Gone Home won two awards, and that's about as anti-gaming-establishment as one can get. And the biggest moment, the one that rose above all the cynicism and snark? The No Man's Sky trailer. 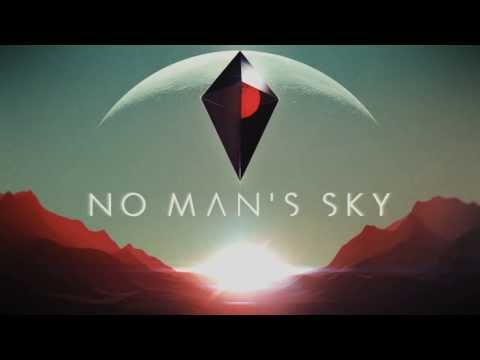 For all the evening's flaws, an exploration game - where it appears combat may well prove to be secondary – managed to capture our awe and amaze us.

The games industry has the ability to serve up moments of genuine wonder that appeal to more than just testosterone-fuelled men who want to drink and shoot things. The only question is, why don't we do it more often?

Chicago-based Carter Dotson is a senior writer at 148Apps.com, which was acquired by PocketGamer.biz publisher Steel Media in 2012.
Next Up :
The benefits of accessible mobile games for the blind and visually impaired community