Opinion: It's time to acknowledge that mobile isn't the only game in town

As it turns out, consoles aren't dead

I'm going to break my New Year's resolution and start 2014 off with an anecdote.

At a mobile industry event some months back, an audience member asked a panel of very influential people if they were concerned about the threat posed by the (then) next gen consoles.

One member of the panel, who'll remain anonymous, affected a look of mock surprise and said, "But the next gen console's already arrived - it's called the iPad."

Is mobile our master?

Still, looking back at the heady success enjoyed by a few in 2013, it's tempting - easy, even - to think that mobile games might be the juggernaut set to replace traditional gaming consoles and handhelds.

Unfortunately, the sales data for the year simply doesn't support this.

On the console front, the PlayStation 4 and Xbox One - long decried by many in the mobile space as being out-of-date and irrelevant - both enjoyed a phenomenal holiday season with Amazon reporting that the systems sold over 1,000 units per minute at the peak of holiday sales.

Meanwhile on the handheld front, Nintendo's 3DS enjoyed a banner 2013 as Animal Crossing: New Leaf sold 6.35 million copies around the world (as of September), Pokemon X / Y shifted 4 million copies across the globe in two days, and the breakout success of Fire Emblem: Awakening saved the franchise from possible dissolution. 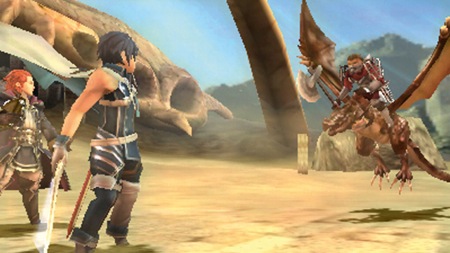 Heck, even the struggling Vita is seeing a bump in popularity thanks to its new living room chum.

All of these events occurred over the same 365 day period that saw Supercell hit a massive payday while Candy Crush Saga topped a half a billion downloads. Clearly, there's enough room for mobile, console, and handheld games to co-exist in the same market.

Can we please stop pretending otherwise and focus on what we're supposed to be good at?

In order to do this, we need to take a step back and look at the fundamental strengths of mobile games - namely, their ability to be everywhere and anywhere.

Mobile games can deliver short bursts of entertainment at any time of day. When a player has a few idle moments to spare or needs a quick gaming escape, we're ready to whisk them away to a snack-sized world of escapism.

Stuck in the line at Starbucks? Fire up your iPhone. Have a long trip to the bathroom planned? Grab your phone or tablet, check your shame at the door, and be sure to wash your hands afterwards.

This might seem like an elementary call to arms, but with all the posturing of the past year it feels like a great many people in the industry have lost site of this rather basic strength.

We can entertain our players anywhere and - like it or not - many of these players will turn to other gaming platforms when they're back at home or have more time to spare for longer play sessions.

This isn't a bad thing by any means, as we're still capable of commanding their attention when they're on the go, and there's a good body of data to suggest that players can (and will) spend on both mobile and console games when there's overlap.

But there are some who lost sight of these truisms over the course of 2013 and instead tied their hopes the microconsole.

Fueled by the posterchild of Ouya and the $8.6 million it raised on Kickstarter, there was obviously a lot of consumer interest in microconsoles at the theoretical stage. 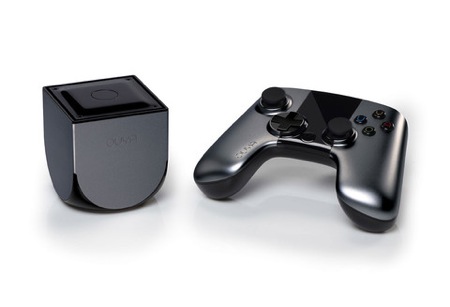 But once Ouya and GameStick arrived, the reception from consumers was far more tepid than anyone could have predicted and the microconsole market is cooling quickly.

And why should we be surprised? As things stand, microconsoles have moved mobile games into an arena where they were not designed to go. It's little wonder they stumbled.

It's safe to say that mobile games aren't poised to take over the living room - at least, not anytime soon - and so we should concede that traditional consoles have a lot of people who are very passionate about the experiences they offer.

Life in the living room

But there is hope.

Hope, which I'll also convey in the form of another resolution-shattering anecdote.

While visiting family over the holidays, a young cousin pulled out her iPhone and asked if we'd all be interested in a few games of Heads-Up.

Shrugging, I went along with the group and soon the living room was full of young cousins yelling hints at one another as we drained two iPhones of their battery life during a marathon play session.

Directly behind me sat an admittedly modest 17-inch CRT TV, which none of us ever thought to turn on or connect to a console (micro or otherwise) to. For close to two and a half hours, our attention was commanded by a 99c app on an iPhone.

In that moment, mobile games ruled the living room - but only because the game in question delivered a uniquely social experience that could be enjoyed anywhere else by the same group of slightly inebriated kith and kin.

Play to this strength in the year ahead, and leave behind any illusions of toppling gaming handhelds and consoles, and 2014 will be a great year for everyone to enjoy.