Many developers steer clear of external monetization solutions, fearing they will turn off users and cause a drop in retention and engagement rates.

However, when ads are presented at a moment in a game when they aren't a distraction, and are based around a particular event or achievement, they can have favorable implications - on both the user experience and engagement levels.

In order to provide some context, PaeDae is a native ad platform that leverages 'reward ad spec' to help app developers monetize.

One of the biggest contributors to our success is our commitment to ensuring that reward ads look native and blend seamlessly into a user's overall game or app experience.

Not that PaeDae is the only company operating in this space. It's one of the big growth sectors for mobile advertisers with other companies such as NativeX and AdColony doing an incredible job in terms of making their ads blend into the game, without hindering the user experience.

During the process of gathering engagement data from our network, we conducted a split test based around the usage of reward-based ads in the game Gems With Prizes and their effects on engagement.

We used two different cohorts - one was shown rewards upon reaching specific milestones, while the other wasn't shown any rewards during the game's life cycle.

First of all, we observed a 90 percent overall increase in minutes played by users who were shown at least 1 reward.

Secondly, we found a 61 percent increase in overall retention, or instances in which a user played multiple sessions after the install.

Finally, there was a 21 percent increase in overall plays per install when a user was shown a reward.

These statistics demonstrate that effectively targeted rewards will incentivize a user to invest more of his or her time and resources into a particular game.

This case study aims to shed some light on monetization as a means to heighten user engagement rather than detract from it. 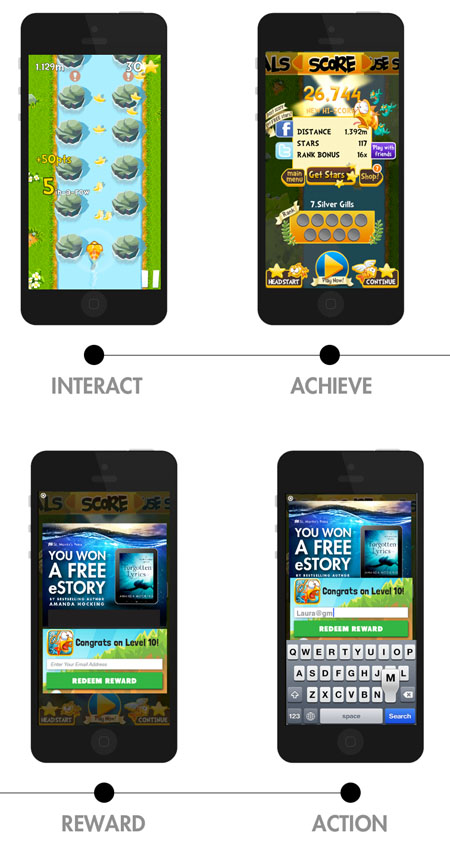 Understanding and utilizing this type of advertising allows the developer an opportunity to further connect with users and earn their loyalty.

So the takeaway is that with proper user testing, rewards and other types of native ads can raise overall user engagement rates and generate incremental revenue - which is a win-win for advertisers, developers and players.

You can find out more about PaeDae's services here.

[Update: this article originally went live with the wrong game highlighted as the test title. This has now be corrected.
Next Up :
Top Ten Commanders in The Lord of the Rings: Rise to War