If the Black Shark 2 has caught your eye, it's probably because you saw two controllers attached to the sides like a Nintendo Switch and decided you wanted a piece of that. I can't blame you, having a pair of JoyCon you can pull out to play the wealth of Android games on the market it an attractive prospect. Who needs a touch screen getting in the way of gaming?

Unlike the Black Shark, their first gaming phone outing, which came equipped with only a left side controller, the Black Shark 2 comes to two controllers to snap onto your phone and get gaming with. 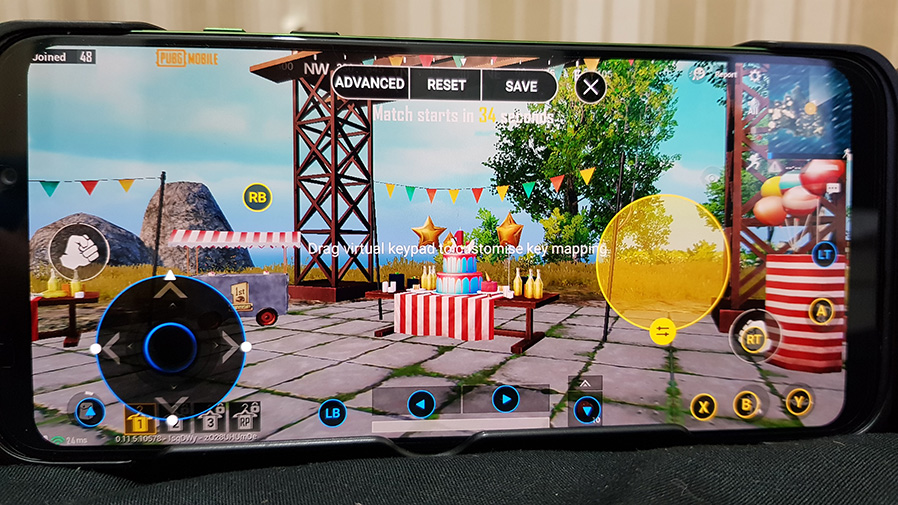 Of course, if you'd prefer, you can always just use a single one. Moving and swapping weapons with the left controllers in shooters while aiming with the touch screen on your right hand is always an option.

The possibilities for console-style games hitting mobile and being fully, traditionally, playable through this method is wonderful and hopefully a good indicator of what's to come, but in the meantime, these controllers will be useful for those mobile games you're already playing.

If the game you're playing doesn't like bluetooth controllers, you can set up the Black Shark 2's control pads to interact with the touch screen. The analogue stick perfectly replaces an on-screen analog control, while the touch pad can be set to a portion of the screen, and it'll be as if you're touching it with your own finger. This can also be set up for use as a mouse, if you feel that works better for your game.

All of the physical buttons can interact with sections of the touch screen you can easily dictate, and you can save a button layout for each game you play.

This means you can use the controllers to interact with literally any game, but of course, the ones it works best with will replicate traditional control schemes with fixed on-screen prompts. 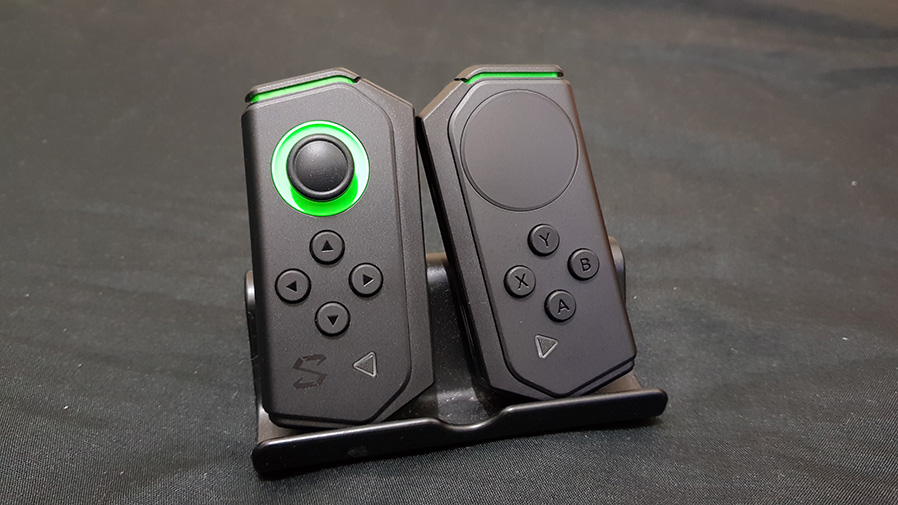 Tapping a grid in Candy Crush is possible with the touch pad, but not exactly ideal - though the on-screen mouse would work fine, just not as fast as your finger on the screen would be.

So are they more of a novelty, or the next best way to play mobile games? It's too early to say yet, but as of right now, I can safely say that they feel good. Playing PUBG Mobile is very close to being an authentic console shooter experience with this set up, and many other games benefit from simply having a physical analogue stick instead of an on-screen replacement.

The controllers themselves are decent. Shoulder buttons feel a tiny bit weak, but the control stick feels nice, and all of the face buttons have a satisfying click.

It’s all incredibly responsive at all times, and at no point do you feel like you're suffering from latency or losing connection while they're attached to the controller case the phone snaps into.

The controller case itself adds a little bit of bulk to the top and bottom of the device, which is already fairly long, but it's sturdy and the phone fits inside snugly. It looks a lot like a Nintendo Switch when all attached, and feels a bit like one too.

If there's a problem, it's that the controllers will cover the phone's USB-C port. This means you won't be charging your phone during an intense game.

You can of course disconnect the controller and keep playing, like a Nintendo Switch, but this is less than convenient. The lack of USB-C access also means wired headphones will be out of the question.

Each controller charges through USB-C, and runs for a very long time, with my pair not yet requiring charging whatsoever, after being fully charged out of the box. This is promising so far, but of course, the phone's battery life while gaming won't be quite that robust anyway. 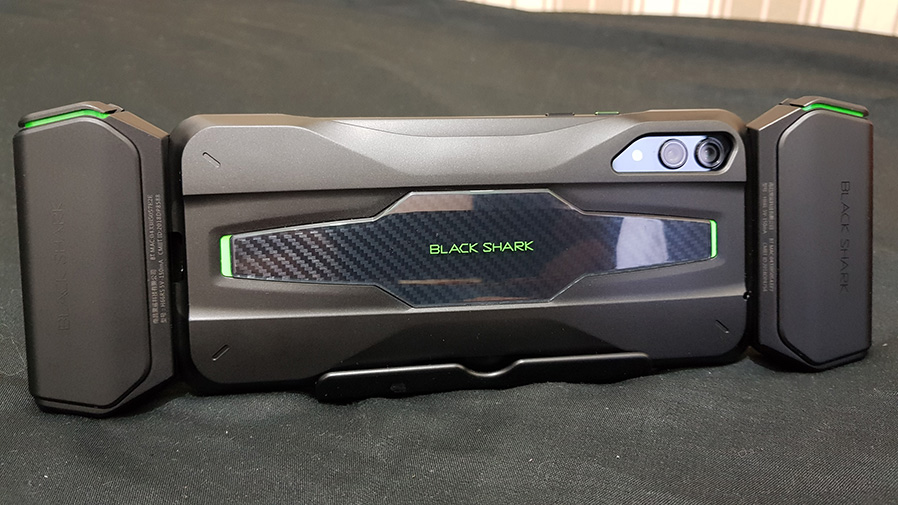 It's easy to see how these bluetooth controllers can enhance the experience of so many mobile games, while also being somewhat of a hindrance to some others.

Regardless, my experience with them so far, with games that work well with them, is positive. If you're playing games a lot on your commute, or just in the comfort of your own home, then this could be the best way to play them on your phone.