The first one was brought to mobile last year

Frontier has announced a sequel to 2018’s post-apocalyptic adventure game FAR: Lone Sails called Changing Tides. It’s currently only announced for PC and consoles, but as the first game came to mobile last year it’s quite possible it could see a port later down the line.

FAR: Changing Tides offers a significant upgrade in graphics over its predecessor, but Frontier is calling it a “sister title” to Lone Sails rather than a straight-up sequel. Much like the first, it features ecstatic highs, mournful lows, and big mysteries to uncover. 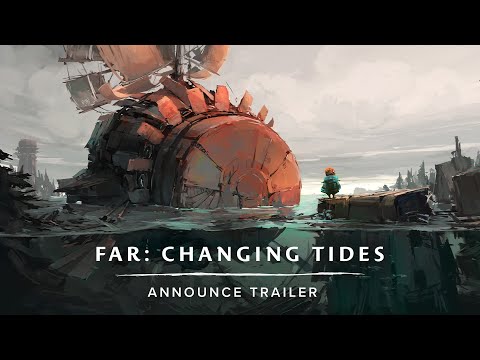 At the centre of this is an evocative and poetic journey of a boy and his ship searching the world for answers. You can check out the announcement trailer for FAR: Changing Tides above. As you can see, it features the fantastical and familiar environments that made the first one such an iconic game.

Meanwhile, Changing Tides is also intended as a relaxing, meditative adventure. It’s scored by a hauntingly beautiful soundtrack set against a backdrop of exquisite and elegant scenery.

Although the original game launched on PC and consoles in 2018, a mobile version landed on iOS and Android last year. FAR: Changing Tides is currently not confirmed for mobile, but it always stands as a possibility that it could make its way over there eventually.

FAR: Changing Tides will be available for PC, Nintendo Switch, PS5, Xbox Series X and S, PS4 and Xbox One later this year. Meanwhile, you can check out FAR: Lone Sails on the iOS App Store and the Google Play for Android store where it is a paid title that costs £3.99.

If you enjoy playing adventure games on your mobile device and would like to know about more great ones to get, check out our list of the best ones available for iPhone or iPad.
Next Up :
Ninja Must Die is an upcoming combat-focused action runner with stylish ink-based visuals, now open for pre-registration