Evergrow is an interesting mix of a puzzler and an action game. You're matching stuff, but you're not just a passive observer in all of it.

Instead you're dragging cubes around, tossing other ones out of the way, avoiding mines, and trying to collect coins.

It's smart, it gets pretty frantic, and it's laced with enough new ideas that you're likely to get stuck into it pretty easily.

The game sees you in control of a cheery little cube. You pick the colour of this cube at the start of play. Essentially it's adrift in space, beset on all sides by other blocks.

Some of these blocks are going to match the hue of your cube. Drag these carefully into position and they'll attach to the original, making it grow.

There's a grid to help you figure out where things should go, and if you're too aggressive with your moves the blocks will bounce off or push the cube itself into danger. 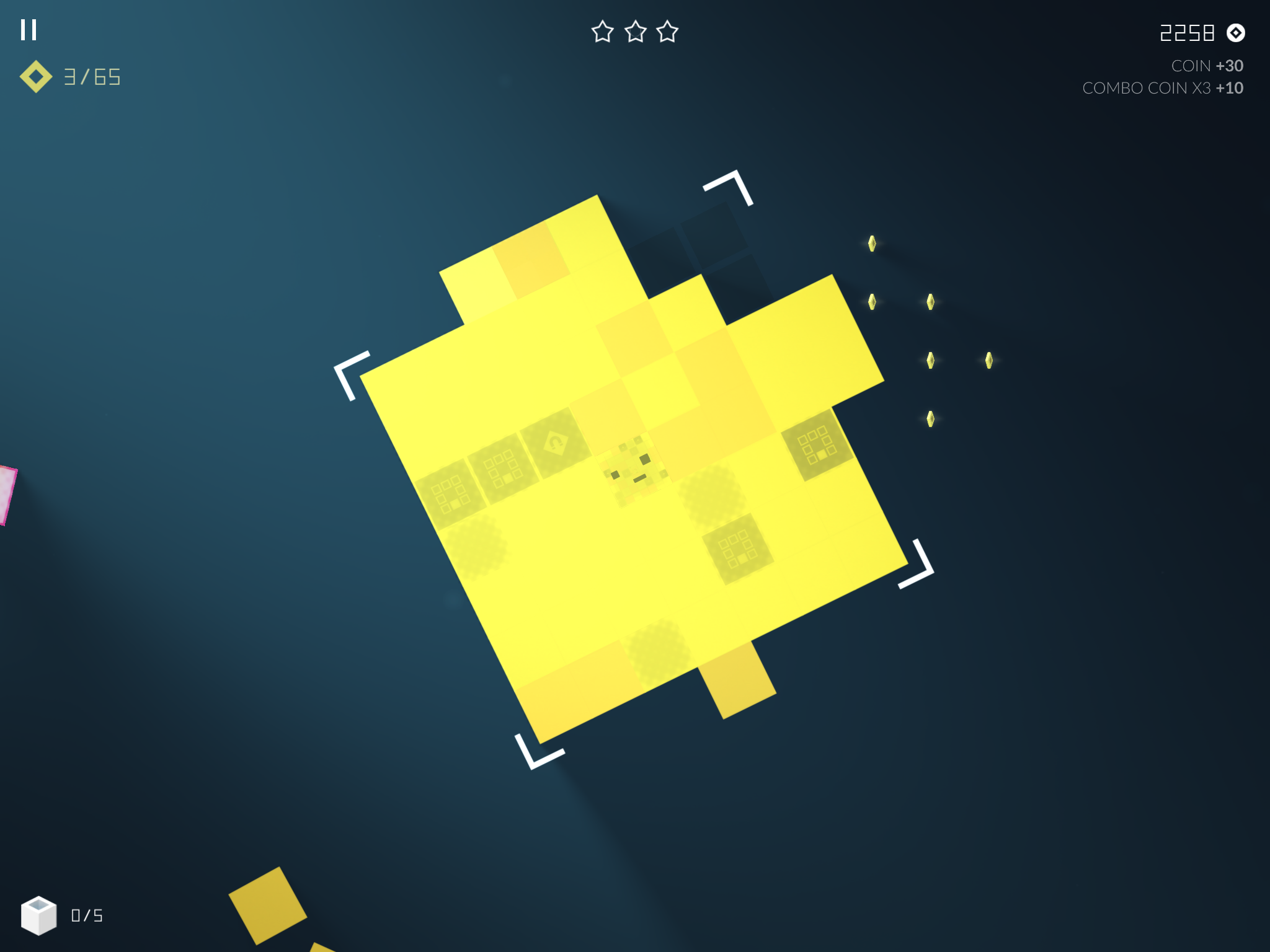 And there's quite a lot of danger. There are blocks of other colours, meteors that dart in, and ominous black mines that'll do terrible damage if the cube hits them.

You've got protection though. Special blocks float in from time to time. Some of these spread blocks over the surface of the cube or give you magnets to nab coins, others create shields that deflect oncoming baddies.

There's a challenge system on each level too. Get to the requisite size and you'll pass, but there are other things you'll need to do if you want to get all of the stars. And that's where the challenge comes in.

It's a bit on the clumsy side sometimes, but it's well presented, and smart enough to test your grey matter and the speed of your fingers.

If you're looking for a puzzler with a bit more flow and rhythm than your usual match-this experience, then Evergrow is well worth checking out.

A sweet and clever mix of ideas that just about manages not to outstay its welcome
Next Up :
Nacon MG-X Pro Mobile Controller review - "A practically perfect mobile gaming controller"

Explode blocks and expand in shooter-puzzler hybrid Evergrow, out now on iOS