iOS + Android
| Epic Flail
Update on June 9 at 11:12: Epic Flail is now available on iOS and Android for £1.49. This gory, 2D brawler looks fun so don't hesitate to let us know how you like this one. 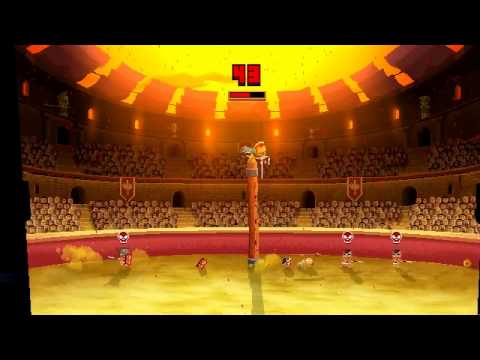 Subscribe to Pocket Gamer on
Epic Flail combines hectic arcade action with the sands of the Coliseum and mythical monsters, coming soon to iPad, iPhone, and Android.

Armed with sword and helmet, you faces waves of challenging foes, that grow increasingly well-equipped with better weapons and armor (that you can take from defeated enemies).

Your main attack is a powerful dash that can decapitate and dismember your opponents, and turns arena bouts into twitchy aerial combat as you evade skyward and draw enemies into traps. 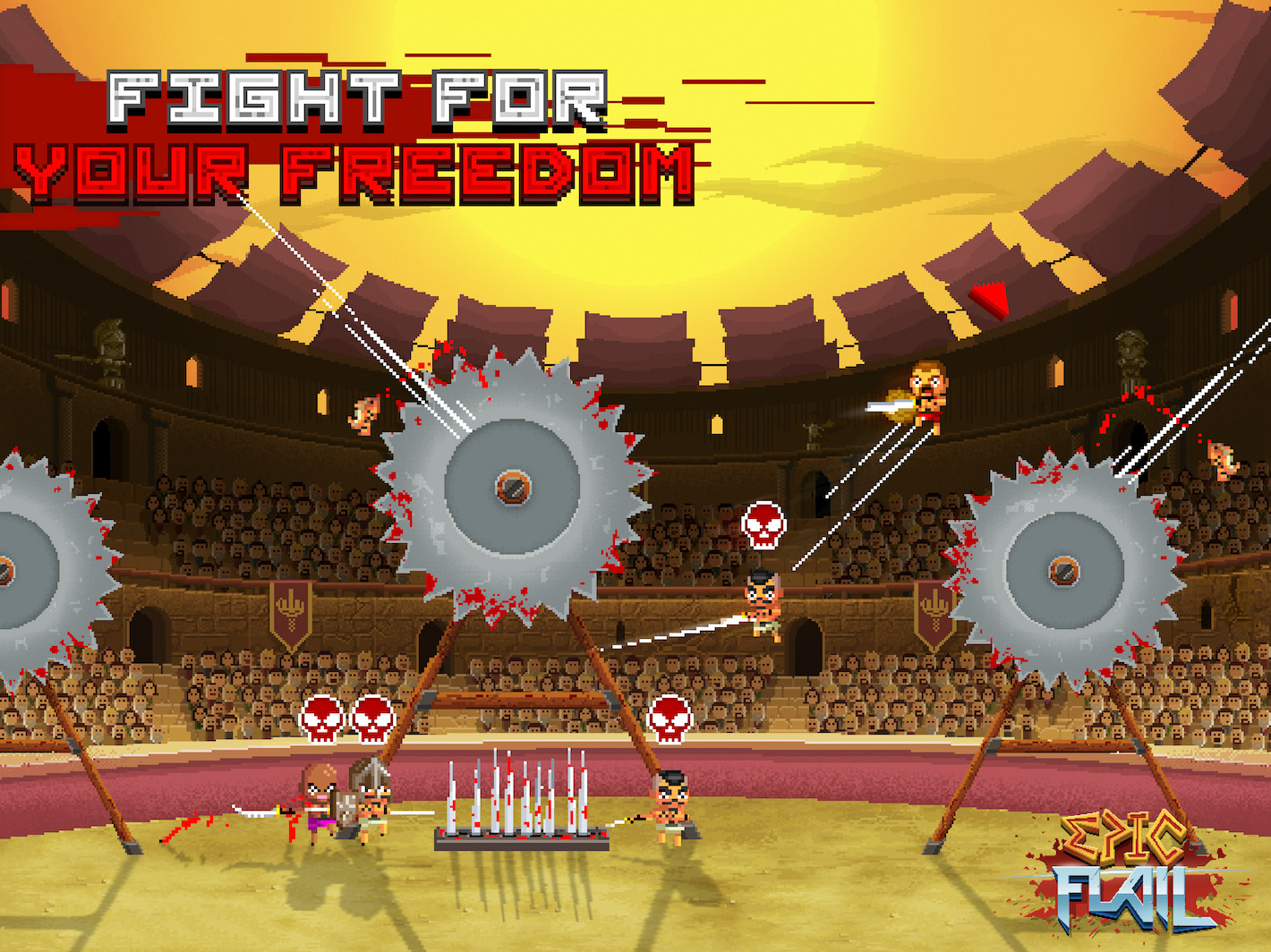 Arenas evolve from simple fights in the sand to multi-level structures filled with sawblades and spikes to avoid, while other fights alter the gameplay by chaining you to a pole, among other modifiers.

Aside from defeating waves of normal gladiators, you also face bosses, such as the towering Minotaur or even lightning-bolt Zeus himself. 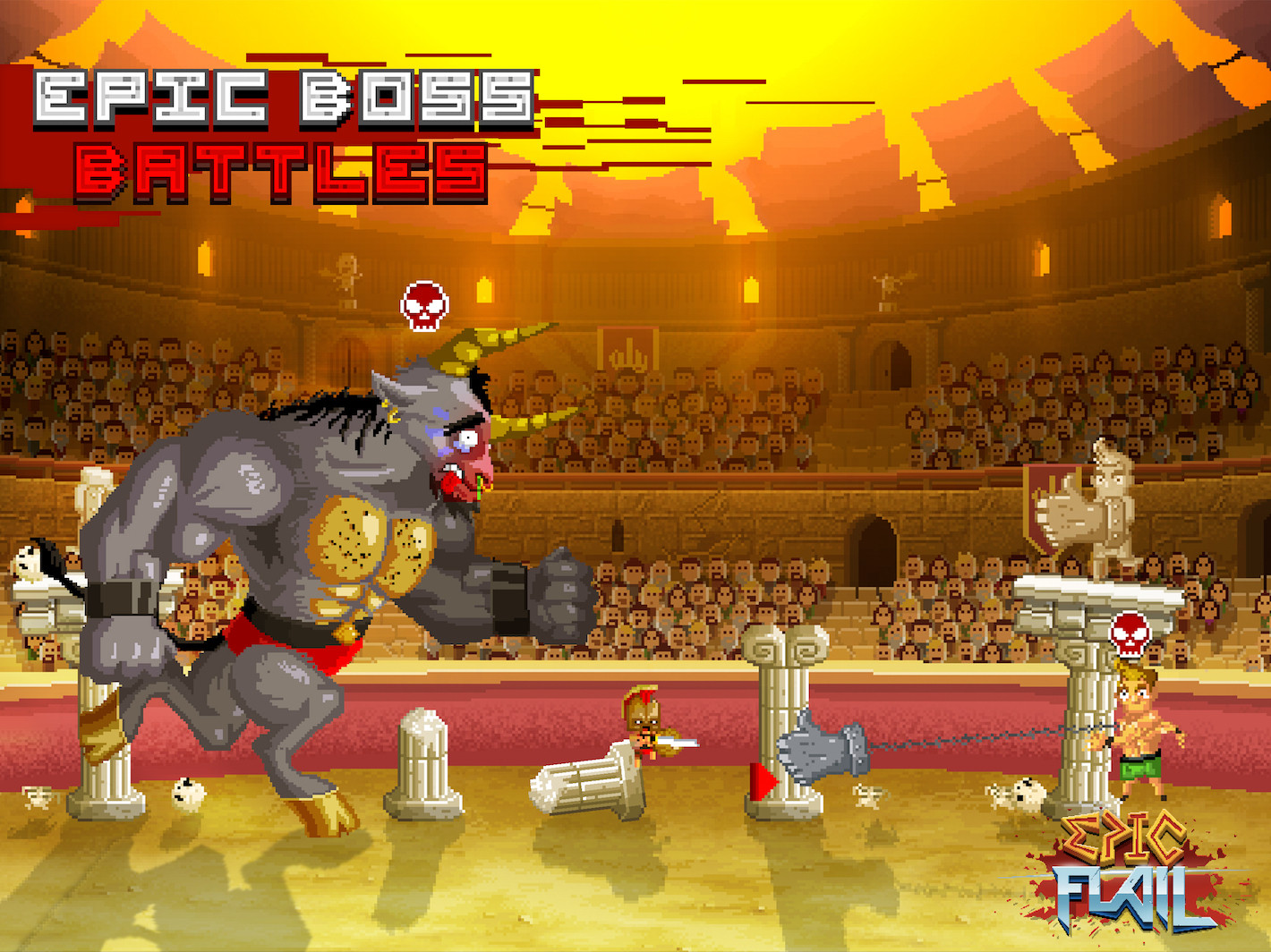 Epic Flail will be available soon on iOS and Android devices. The game is also expected to release on Steam.

Epic Flail - It is that