See an exclusive units trailer inside this story 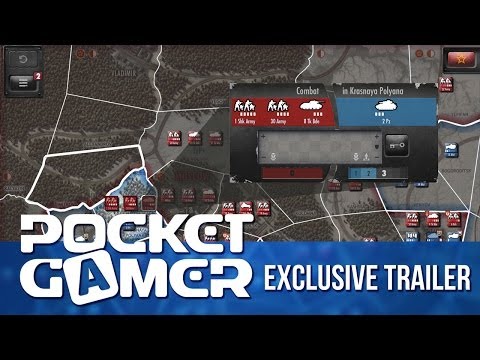 According to developer Shenandoah Studio, historical strategy game Drive on Moscow will surface on iPad on November 21st. The game will cost £6.99 / $9.99.

This is the second volume in the "Crisis in Command" series, the first of which was the terrific Battle of the Bulge. This time around, though, we'll be in Russia, and the Axis forces will be attempting to take control of the capital.

You will be able to play on either side, either against AI or with a friend (face to face or online). As you fight, you'll have to watch out for changing weather conditions and command confusion.

You'll also have new units at your disposal, as seen in our exclusive preview trailer above. Those will include cavalry, who can operate behind enemy lines without supply; and airborne units, who can move up to three spaces without restrictions once per game.

Out at midnight: Drive on Moscow is an in-depth, historically accurate sequel to the Silver Award-winning Battle of the Bulge

Check out this exclusive preview trailer for Drive on Moscow