The fantastic Drei was a really weird and original puzzler in which you had to stack objects and fight against the cruel mistress that is gravity.

But you were not alone, you played with a stranger across this strange thing called the internet. The problem was that it lacked players and that's something that we noted in our review.

An update, just released for Drei, addressed that complain by making the game cross-platform.

But that's not all. It's now an all new game with plenty of new levels and features, all available as part of that free update. To showcase the change, the game's now called Dreii.

We recently asked our own App Army to take a look at this strange experiment. You can read what they thought about it here

You can get the game on iOS and Android right now. 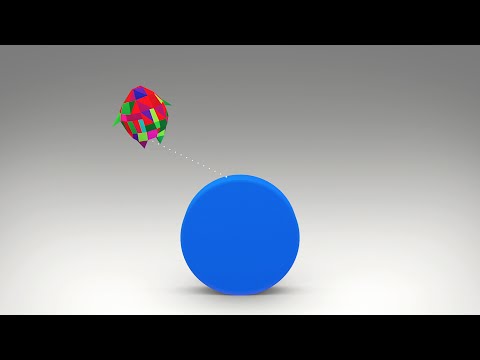 Physics puzzler Dreii will release on iOS and Android in February

Drei, the multiplayer puzzler, is getting an expanded version on iOS, Android, PS Vita this autumn