The game has previously released for Android

Dreaming Dimension: Deck Heroes, a roguelike card game is now available on the iOS App Store after its release for the Android devices back in January. Developed and published by Loongcheer Games, the game was long-awaited by the iOS device users due to its success on the Play Store.

The story revolves around a fantasy dream where you find yourself as the hero of the land and look to fulfil your duty of eradicating the evils from the world. The twist in the game is that the player will be unable to determine whether the fight is taking place in the dream or in the reality.

Like every card game, you'll look to come up with exciting strategies combined with your luck to march towards victory in every match you play. In addition, the game features a total of 6 careers, with each and every career having its own unique skills. 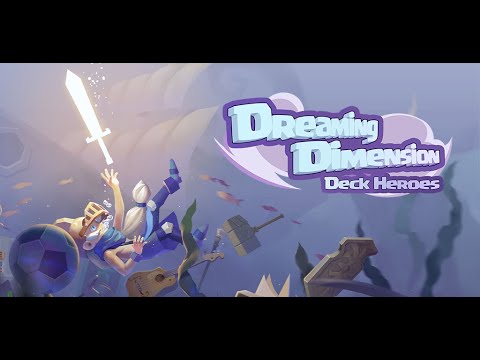 The six careers in-game are Gladiator, Demon samurai, Paladin, Necromancer, Elemental, and Alchemist. As mentioned above, each of them will have their own abilities and you have to pick up a nice strategy to sync with them.

Apart from that, alongside your devastating strategies, you'll frequently need to pair it up with new battle tactics. The game will allow you to choose random artifacts along with precious gear to boost you on the battlefield.

Finally, each hero will have an upgradeable hero talent set which will help to unlock special effects in order to strengthen your cards. Keep grinding and in the meantime, the game will provide random rewards and free resources which will let you unlock the talents easily.

Dreaming Dimension: Deck Heroes is available now over on Google Play and iOS App Store. It's a free-to-play game with in-app purchases.

Looking for more roguelike games to play on your phone? Here are 25 of the best available for Android devices
Next Up :
Black Desert Mobile reveals new Drakania class alongside other major updates and announcements