You could best describe Dragon Project as midcore Monster Hunter. Now you've read that sentence, you're probably going to know whether you're going to enjoy the game.

There's a good deal of grind here, and the free to play system certainly adds to that. But there are also a whole load of giant monsters to chop into pieces.

So if you're looking for a game that's going to really scratch your numbers-going-up itch, then it's well worth checking out.

And that's really all there is to the mechanics. You sprint around the world hacking up little monsters to complete simple fetch quests.

Then sometimes a big monster will turn up and you'll team up with other characters who are in the same instance to take it down. You can also summon giant monsters and hunt them with your friends. 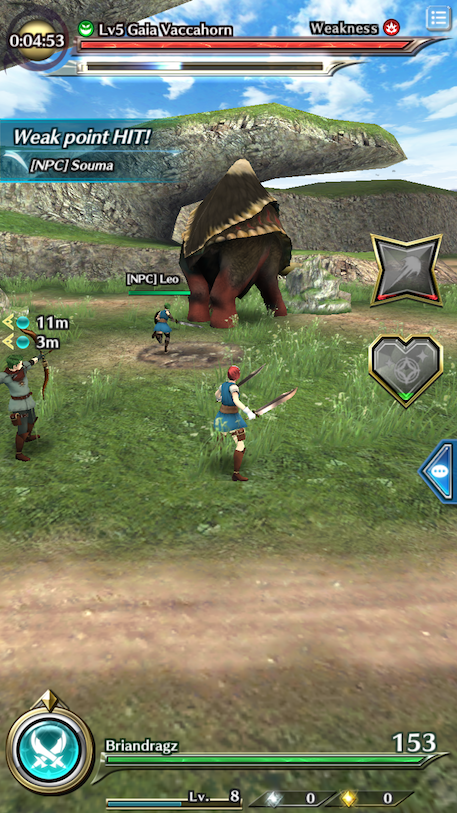 The game doesn't have the scope of Monster Hunter, but that means it fits better in the palm of your hand. The levels might be small, but the battles are over in a couple of minutes, and there's no stalking.

And you'll find yourself being sucked into the rhythm of play. Kill some stuff, forge some new gear, then head out again to fight bigger and tougher creatures.

The small quests might drag a little, but there's still that delightful thrill when you bring down a creature that's towering over you and your compatrots.

The hunt is on

No, it's not going to be everyone's taste, but even if you're not a huge fan of monster hunting, there is a lot to like here. It's a game that eases you into things, but still offers space for those who prefer to explore.

It's not as good as the games that inspired it, but there is definitely something enjoyable here. Just be ready to push your face deep into the grindstone if you want to get the most out of it.

Dragon Project is essentially a slightly more casual take on Monster Hunter, and it just about pulls it off
Next Up :
Sumire review - "Why do some days stay in our thoughts forever?"