Since the initial announcement last year, Tencent and Shengqu Games have kept fairly quiet on the topic of Don't Starve: Newhome, which is slated to release for iOS and Android at some stage. Today, however, they have broken that silence by releasing a brand new story trailer.

The trailer, which you can watch below, is entirely dedicated to explaining the setup of Don't Starve: Newhome. So if you were hoping for a glimpse at some gameplay, you're going to be disappointed. However, if, like me, you merely enjoy the game's macabre art style, it's a good watch regardless.

If you've missed our previous coverage on the game, Don't Starve: Newhome is a spin-off to Klei's devilishly creepy survival sim. It will introduce social and multiplayer elements to the gameplay with ongoing live support providing new content to keep the game fresh and interesting. 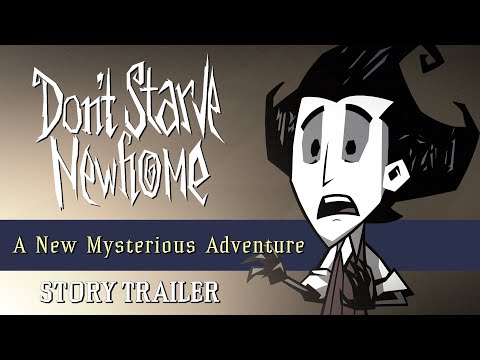 As you might expect, a few other tweaks to the gameplay loop have been made with the transition to mobile. The developers have mentioned that play sessions will be much faster than fans are accustomed to. But beyond that, it will still include the survival and exploration loop that saw the original's popularity soar.

Players will be able to establish permanent bases as they go about their business. There will be numerous creatures to discover alongside more crafting recipes and builds, all of which you can enjoy in multiplayer with pals.

Don't Starve: Newhome is set to release on the App Store and Google Play at some stage. There is no release date just yet, but the description for the latest trailer says it's coming soon. As always, we'll be sure to keep you updated as and when we learn more.

Looking for other great sim games to play on your phone? Here are some of the best available for Android phones and tablets
Next Up :
Secret Shuffle, a brand new party game fit for up to 60 different players, set to launch later this week