Everyone knows that spinning around is brilliant. That's why kids do it all the time and adults look on longingly wishing they could join in too. And now they can - sort of - thanks to Dizzy Knight.

It's not just a game about spinning though. It's a game about killing monsters, collecting loot, and trying to save the world. The twirling is just a lovely addition to what's already an intriguing, Zelda-like RPG adventure.


Spin it to win it

The game sees you playing a plucky young warrior out to save the world. Moving a finger or thumb around the screen moves your character about, and they spin automatically. The key to success here is positioning.

That's because the spinning is as much defensive as it is offensive. You can use your sword to keep your foes at bay, but if they come within that arc of death, they're going to do some damage.

You need to make sure you're in the right place, at the right time, to take down the bad guys. And that's easier said than done when you're twirling around the place like a windmill in a hurricane. 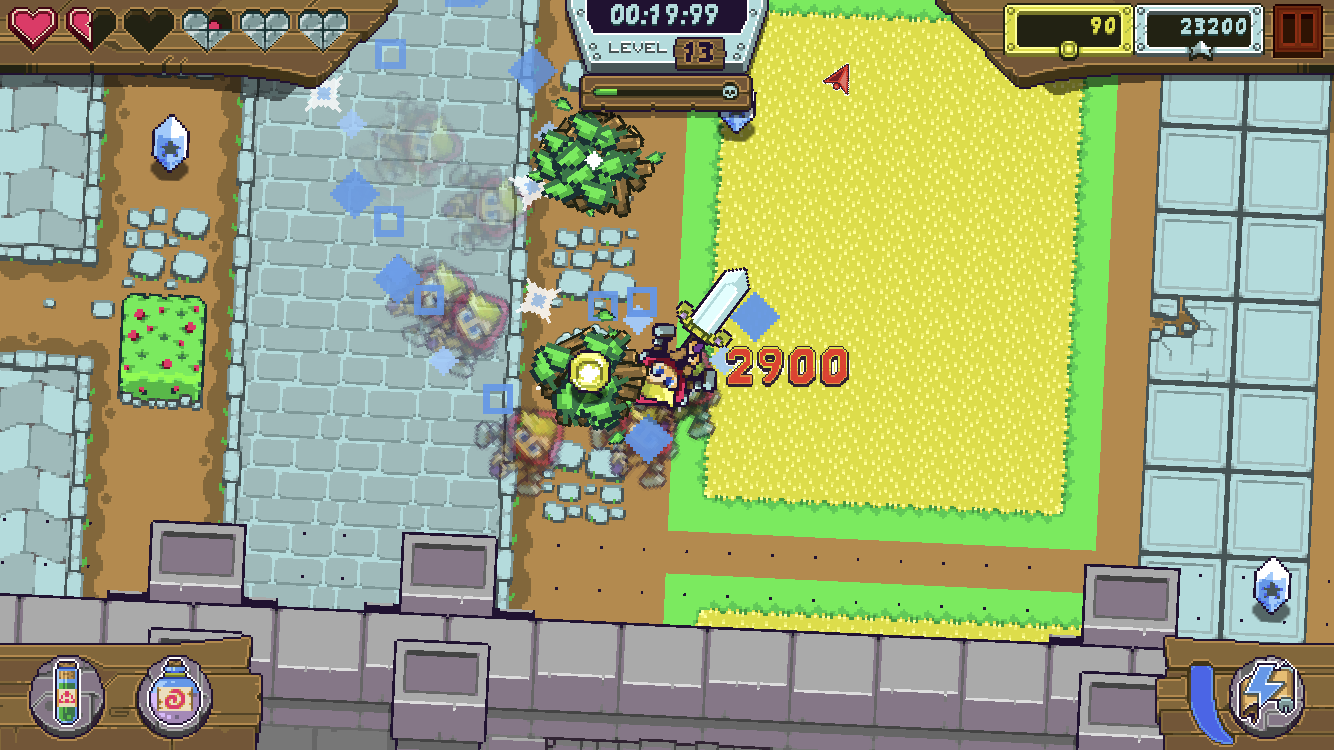 There's more to the game than just spinning though. You'll pick up potions, which you can use to unleash special attacks, make yourself invulnerable for a while, or heal some of your lost HP. You've got a special too, which you unleash with a tap of a button in the bottom right.

You'll get new specials as you play as well, letting you tailor your moveset to the way you want to engage with the experience. There are quests to complete, and finishing one of the three you've been given will unlock something else for you to play around with.

It might be a new weapon or a new skill, but you know it's going to change something about the game for the better. This might not be the biggest game in the world, but there's plenty of room for experimentation all the same.

You can fight your way through the campaign, or if you'd prefer there's an endless mode where you can just spin to your heart's content. Or at the very least until you die. If you don't like touch controls, there are options for tilt and connecting a controller too.

It might sound like Dizzy Knight is a manic game, and in some ways it is. But if you simply charge head-first into the challenges it throws at you, you're not going to be around for very long.

For all of its madness, this is actually a well balanced, expertly poised hack-and-slasher. It fits brilliantly on mobile, and if you're hankering for some new-old-school violence, then it's going to be right up your street.

The spinning is cool, but it's everything else Dizzy Knight does that makes it so entertaining
Next Up :
Netflix Oxenfree review - "Reading the signals of a thriller story"