Significantly for the company, consumption of its platform-wide MobaCoin virtual currency was down for both first-party and third-party games in Japan - around 11 percent.

As noted in our Monetizer column, this is perhaps because DeNA uses the same fixed IAP economy across all games on the platform, meaning individual developers can't be flexible in terms of IAP retailing.

Also, DeNA's core Japanese market has been hit by the transition from simple mobile browser games such as card-battlers to native smartphone games. 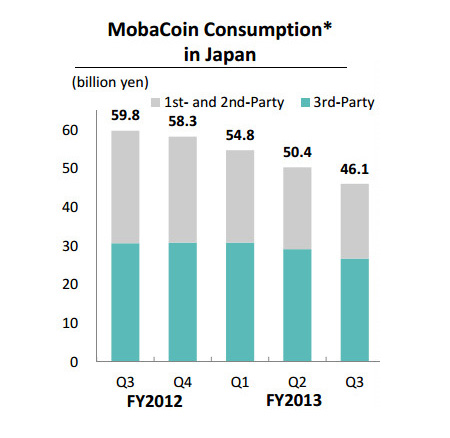 For that reason, MobaCoin consumption in Japan has been falling for over 18 months.

There were some brighter areas for the company, however.

DeNA West generated more than $60 million in MobaCoin consumption during the period, although this is down from its peak of $80 million. 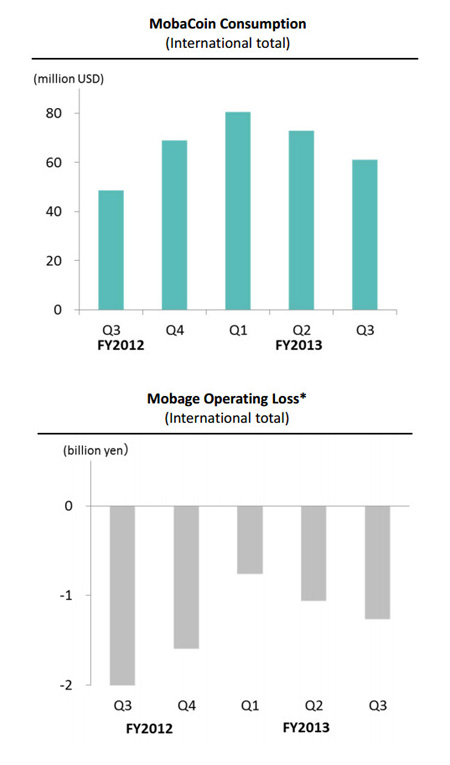 For that reason, losses in the west grew during Q3. The division has 10 new titles planned for release in 2014.

Still, Mobage Greater China had a top grossing hit with NBA: My Dream in the country.

"DeNA is committed to its large-scale game production strategy for both the app and browser markets," said Isao Moriyasu, president and CEO.

"By establishing improved development processes, we have scaled our ability to deliver numerous high-quality games each quarter. We're seeing encouraging signs from many of our games and new services in the mobile app market, and it remains an exciting opportunity for growth for our company."

The company ended the quarter with cash and equivalents worth $565 million.

Next Up :
PUBG: New State's Open Challenge is all set to go live in Korea next month