It's one thing for a game to be challenging, but while it's trying to break your resolve it needs to reward your progress as well. And that's something that Deep Space doesn't quite manage to get right.

Mixed in with a slight identity crisis, it makes for an experience that's sometimes great, sometimes lacking, and more often than not a little too frustrating for its own good.

At first glance the game looks a lot like another pixelated hardcore platformer. But it's much more like a side-scrolling roguelike. Sure there's platforming, but it's staying alive that matters more here than getting from A to B.

You've got buttons along the bottom of the screen to control what you're doing. Arrows move you left and right, one button lets you jump and double jump, and the final one lets you fire whatever weapon you've got equipped.

As you play you'll earn coins, which you can spend in a shop. The extra weapons you buy here are scattered around the level, and you'll equip them when you pick them up. You can upgrade your standard sidearm and your health as well. 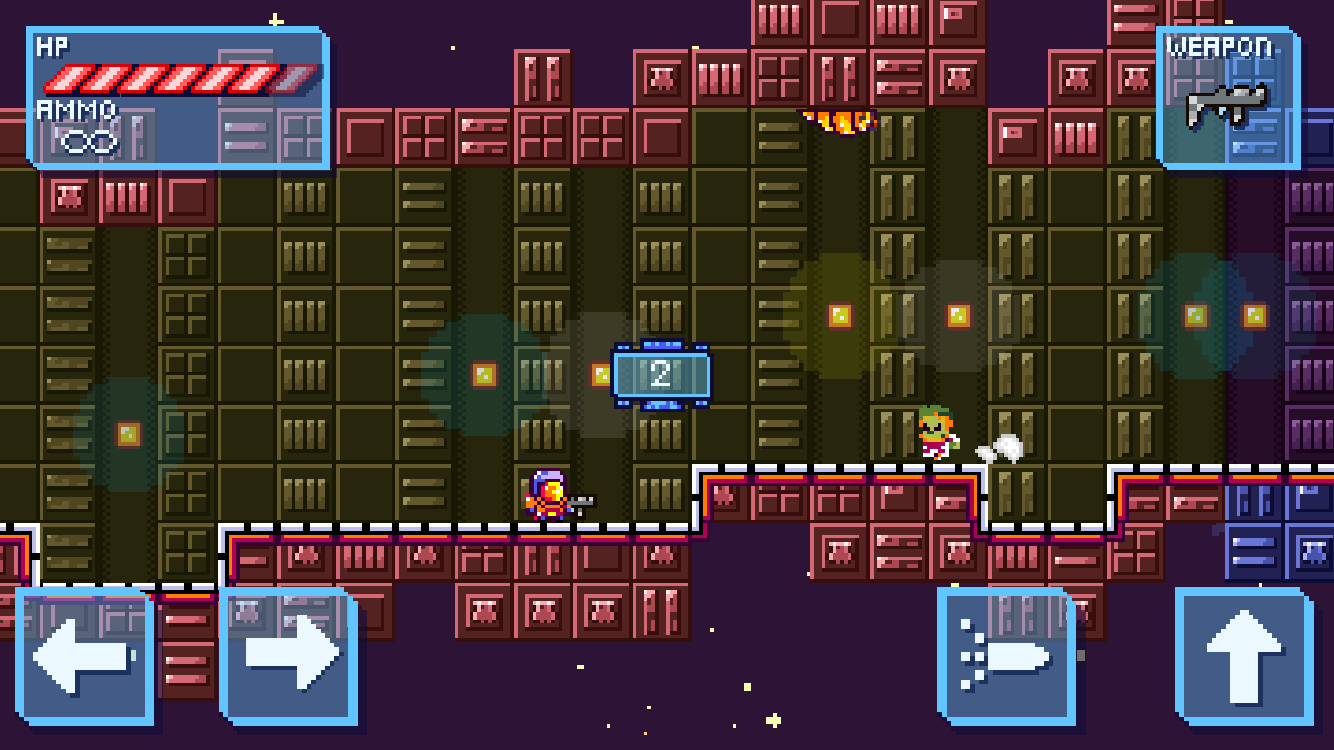 The actual action here is strangely stilted. It can't quite work out which part of its lineage it wants to the fore. Sometimes it speeds things up, sometimes it slows things down, sometimes it throws things at you that are basically impossible to get past.

There are times when things do click, and the space that the game gives you opens up and gives you a chance to move and experiment with the environment. Other times though, it just forces you into a corner and you die.

While you are progressing, adding to your stats and unlocking equipment, it doesn't feel like you're actually moving forward. And that's the game's main sticking point. It's something that's decidedly difficult to get past.

More likely than not, you won't try and get past it. Because in the end, there's not much point trying. For all the coins you spend, all the games you play, all tof the effort that you put in, in the end not enough changes to keep going.

Sometimes Deep Space gets it right, but most of the time it's a bit too frustrating
Next Up :
Roller Drama review: "Scheme with your team, skate great"