We step into a night of firey laser death in our .Decluster Zero: Bullet Nocturne hands-on

Hell is other bullets 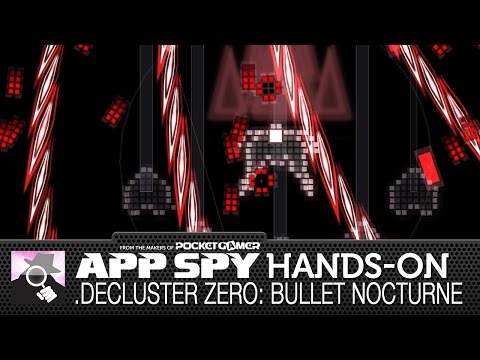 .Decluster Zero: Bullet Nocturne is a self-proclaimed 'remix' of mobile blaster .Decluster: Into the Bullet Hell.

It still delivers the frenetic bull hell gameplay and plasma-peppered visuals of the original game.

This time around, however, the levels have been redesigned, the soundtrack retouched, and a few mechanics tweaked - enough to earn it a re-release as a pseudo-sequel.

How does it play? Have a peep at our hands-on video above to find out.

You can try .Decluster Zero: Bullet Nocturne yourself for free by downloading the Lite version [download] which features the first stage of the game. If you want to unlock the full five stage package, you can purchase it from the App Store for 2.29 / $2.99 [buy].

Bullet hell fans should check out .Decluster Zero: Bullet Nocturne now it's out on iOS