Deadman Diaries is a quick-to-play gamebook which introduces the character, John Riggs, and his story after losing an $18,000 bet to the Irish on a boxing match.

Despite having a bit of a malicious concept, Deadman Diaries is an entertaining time-killer that gives you an insight to a series of short, entertaining stories. 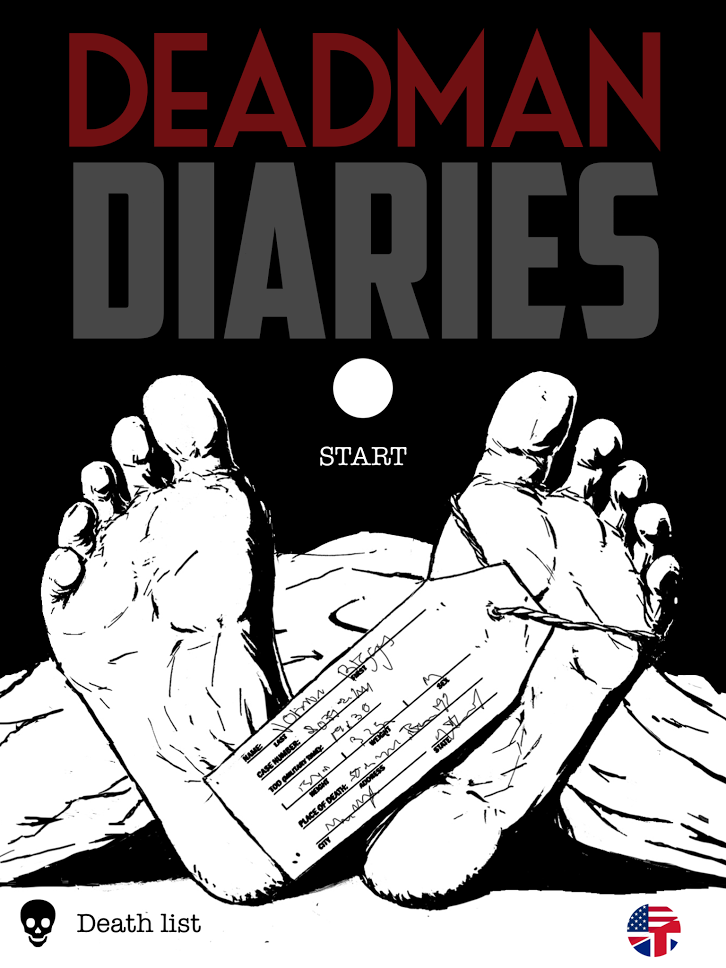 Perhaps I'm a touch biased as I love interactive fiction, but it's so much more appealing than a lot of apps on the market at the moment.

Firstly the game isn't long at all. From start to finish it took me about 40-45 minutes to run through each of the ten endings, plus a couple of repeats.

Nine of which are terrible endings for our old pal, John, and one of which is a fuzzy ending to leave the game on a high… at least, that’s the way it played out for me.

It's not a complicated story. After he finds himself in severe debt John has three options: to steal from the bank he works at, to get a loan from the Vladics (who are way worse than the Irish), or to move to a different house and hope they never find him.

Obviously none of these options leads to immediate success and nine out of the ten options result in John getting stabbed, suffocated, beaten, drowned, etc. It's really a nice, family-friendly game... 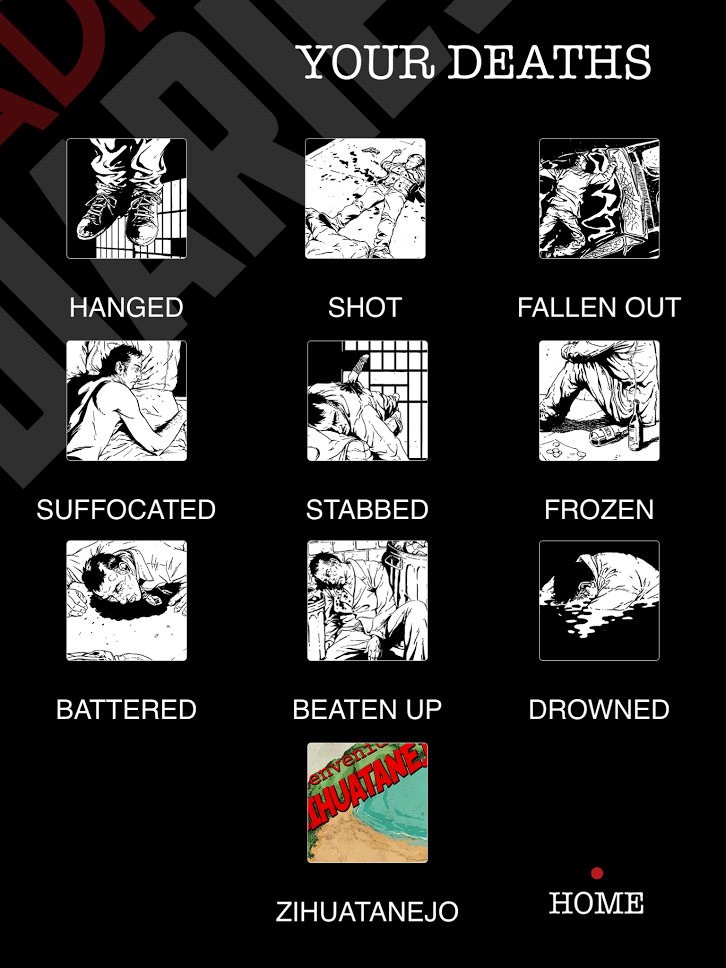 The paths are engaging nonetheless. We know it'll end in disaster from the title of the game, but that's the joy of interactive fiction. You can wipe the slate clean and start again.

Don't get me wrong. The mechanics of Deadman Diaries are smoother than a pair of freshly waxed legs and in these sorts of games we want simple.

With a single, half-buried menu button and two different options to play with, any other additions would be needless.

Another thing I love about this game is its style. I know I'm relatively new here but you'll learn than I am an art fiend and this gritty noir crime theme is right up my alley.

Its use of font to differ between diary and official report is a nice detail as well. Everyone and their Grannies can recognise Courier and what it's most commonly used for. 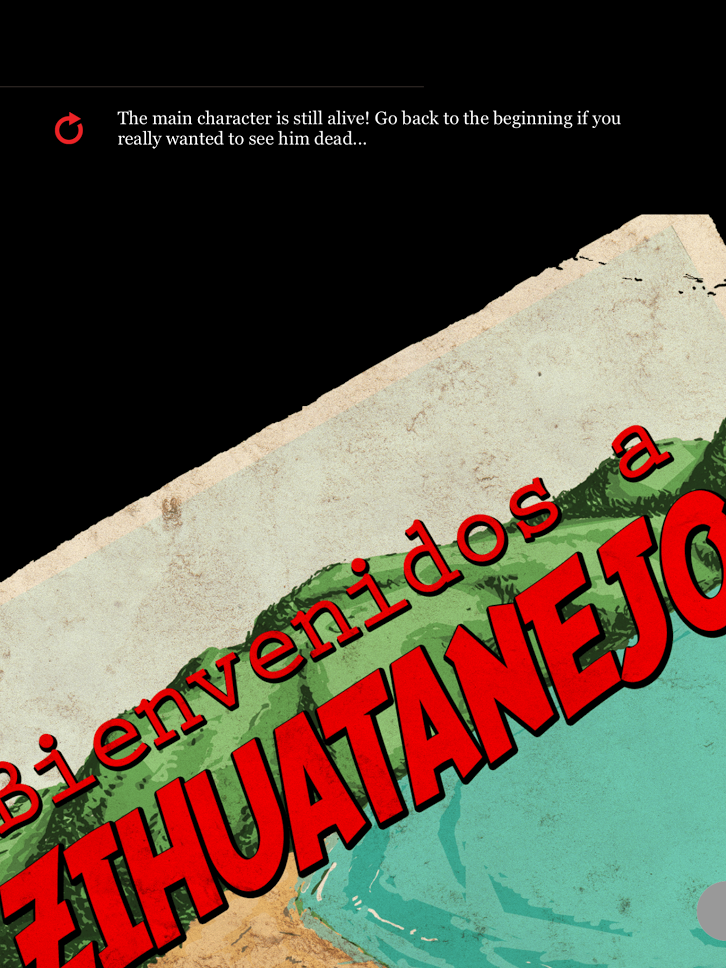 One small gripe I have is that they could have put a bit more substance into it.

Length-wise the stories were pretty spot on, you wouldn't want to make them any longer than they are already, but it can be repetitive.

Having dabbled in a little interactive fiction myself I know that the paths can branch out to be enormous things but it would have felt more complete if they'd introduced a few more gangster-related deaths.

Considering Cubus Games goes to all the trouble of introducing us to two terrible gangs and setting the scene, things could've been a little more inventive, especially at points where paths overlapped and led to the same ending.

It also lacks in replayability. Unless Deadman Diaries gets occasional updates that bring more endings into the picture I can't see many people returning to it once they’ve found all of the endings.

All in all it's a tidy little gamebook, and hopefully the first of many, with some great style and an engaging story. Is it worth paying for? That one's questionable.