The original Deadly Premonition was the very definition of a Marmite game - you either fell head-over-heels in love with its many quirks and flaws, or you instantly bounced off its jankiness and simply forgot it ever existed.

Deadly Premonition 2: A Blessing in Disguise has none of the original's charm. It doesn't endear itself to the player in any way. Instead, it feels like a game made under duress, catering for a miniscule fanbase who devoured the first game and, for whatever reason, demanded more.

It's a shambling mess of a game, filled with terrible design choices, god-awful graphics, pointless bigotry, and an onslaught of bugs that's enough to deter even the biggest fans of the original game. And it does all of this without an ounce of the ambition that the original game so clearly had.

Deadly Premonition 2 takes place both in 2019 and 2005, with you taking the dual roles of new hero Aaliyah Davis and returning legend FBI Special Agent Francis York Morgan as you unravel an old mystery that occurred in the sleepy Louisiana town of Le Carré.

The 2005 sections are where you'll spend the bulk of your time, wandering around Le Carré and completing quests as you inch ever closer to the truth at the heart of a twisting, bizarre story which tries to explain what led York to Greenvale, the location of the first game.

Deadly Premonition 2 inherits a lot of its predecessor's design choices: a full 24-hour cycle where characters only appear in certain locations at certain times, various meters to track your body's needs, and a surprisingly large map to roam around as you pick up the clues you need.

And, of course, it brings Francis York Morgan back into our lives, the endearing, oddball G-man who talks to himself all the time about the terrible movies that he loves. 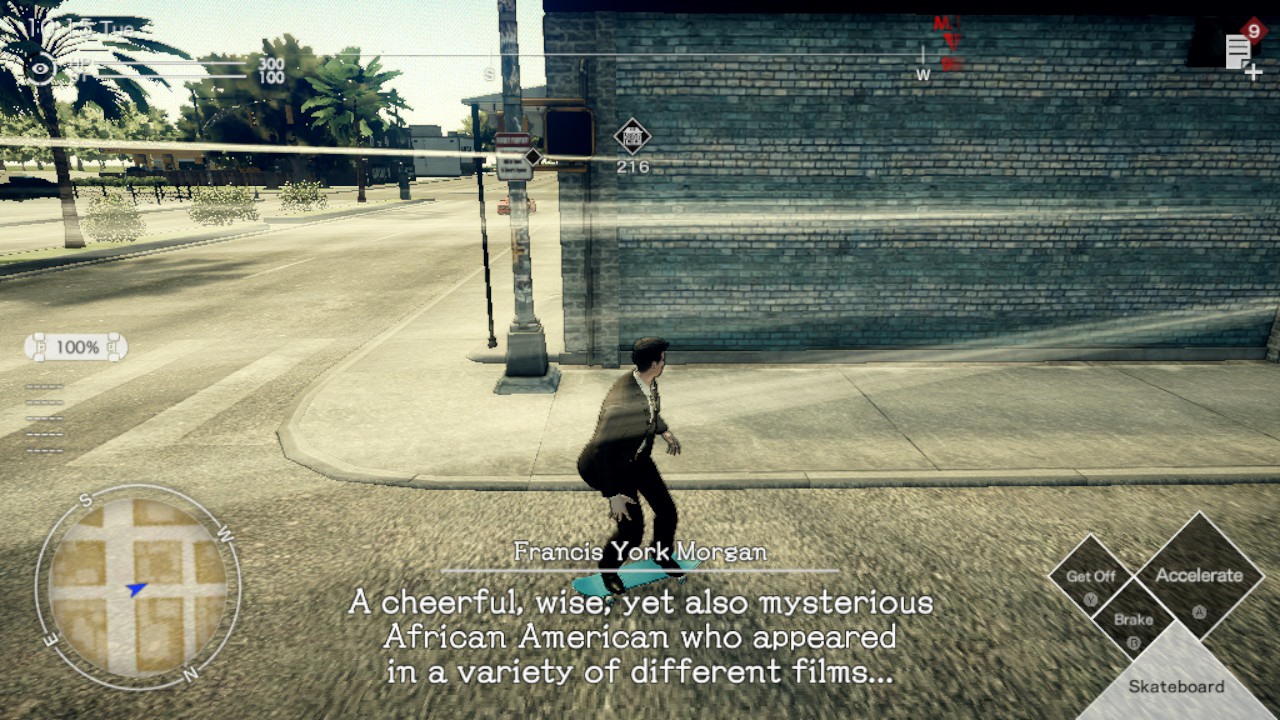 It's the perfect set-up for a sequel/prequel, with all the elements needed to make returning players feel right at home. Instead, it ignores everything that made the first game so charming, and utterly fails to take advantage of almost a decade of advancements in game design and technology.

For starters, it barely runs. Exploring Le Carré is a constant battle with violently fluctuating frame rates and endless objects popping in, despite the fact that the map is almost completely empty. How the engine struggles when its graphics are so muddy and bland and its animations are so wooden is a genuine mystery.

Your main mode of transport is a skateboard, as the ability to drive has been completely removed - a poor compromise on the original game's terrible driving sections. It makes getting around the sluggish world marginally faster, though there's so much empty space between locations it makes you wonder why they didn't condense the map down a little.

Should you finally find a quest, what awaits will be endless, pointless wandering, as you travel between locations, trigger a cutscene, move to the next location, and repeat the process over and over until you're finally allowed to enter an action sequence.

A special shout-out has to go to a fetch quest at the halfway point of the game which takes literally hours to complete, artificially extending a game that has already outstayed its welcome. Worse yet, the game calls itself out for this atrocious task, with York smugly chatting to himself about it being a "pointless fetch quest" while you continue to trudge along, doing it anyway.

The action sequences are bland and boring, with you wandering down identical hallways to defeat identical monsters, eventually landing on identical boss fights with such high-level strategies as "keep shooting it until it dies". They're also painfully easy, doling out healing items with every monster defeated, making you wonder why they're even in the game in the first place. 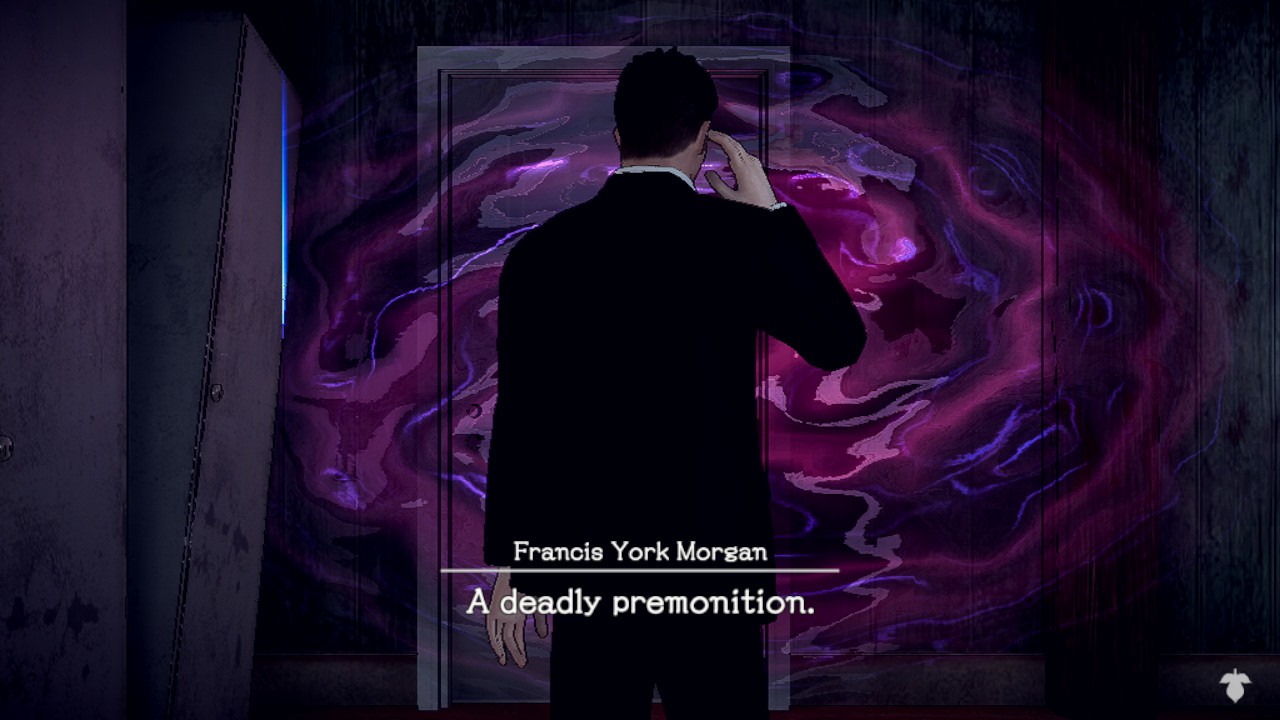 And the story itself, the glue that holds it all together, is depressingly weak. It has its twists and turns, but they're either blatantly telegraphed, or come so completely out of nowhere, that they lack any kind of weight, leaving the whole experience feeling flat.

There's so much more to complain about. York monologues constantly as you explore, sometimes with the same speech repeated directly after its last utterance. Every character you meet is gratingly zany, leaving York - who should be the strangest man in the situation - appearing normal by comparison.

Perhaps the biggest crime is the incessant prejudice aimed at one of the game's central characters, which is a huge step back from SWERY's writing on the excellent The Missing: J.J. Macfield and the Island of Memories. It almost feels like a different writer handled the topic, and they did a frankly terrible job.

Deadly Premonition 2 is a game that is completely devoid of a soul. It wears the skin of its predecessor, but inside it's just going through the motions.

Its missions are laborious and pointless. Its world is empty and lifeless. Its story is surprisingly predictable, and the reveals it does manage to spring on you are pointlessly grotesque and add nothing to the overall narrative. It all feels so unnecessary.

You have to be a die-hard Deadly Premonition fan to understand what the hell's going on in the first place, but even then you'll hate this game. It definitely hates you. It's a game that's one big cosmic joke that you're not in on, laughing at you as you force your way through its 16-hour campaign. Don't even buy it to see how bad it gets. Just leave it well alone.

Deadly Premonition 2's is a game built exclusively for fans of the original, and even they will be put off by the endless bugs, horrible performance, and questionable design
Next Up :
Netflix Desta: The Memories Between review - "Pass the ball and conquer your dreams"