Read all about it

If you're a fan of Geoff Keighley's The Final Hours series of books and you enjoy looking at artwork and other behind-the-scenes game-related titbits, you'll likely love The Art of Dead Space.

The Art of Dead Space is - as its name suggests - a new eBook that features a collection of interactive galleries; video interviews; 3D renders; and gameplay footage from console hit Dead Space and its two award-winning sequels. 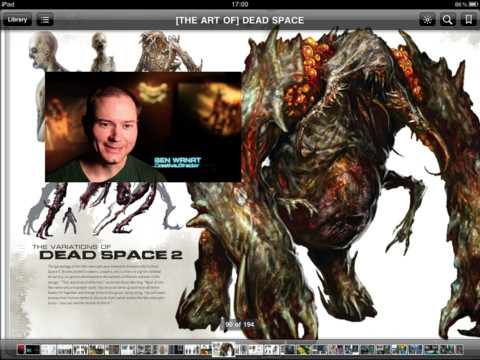 If you want to download The Art of Dead Space [buy], you'll need an iPhone, an iPod touch, or an iPad, plus a copy of Apple's free iBooks application.

EA gives away 4 games on Xperia Play, including Dead Space and Need for Speed(s)