On release in 2016, Dead By Daylight was an exciting prospect; an asynchronous multiplayer game where four players would face off against one monstrous, player-controlled killer. It was an idea that had been messed around with for a while, mostly in the form of player-made modes like Halo or COD's 'Michael Myers', but Behaviour Interactive was, to my memory, one of the first to build a whole title around that core, undeniably exciting premise.

As the survivors, you're tasked with escaping the level. You can do this by either powering generators to open the main gate or by surviving long enough to uncover a secret hatch. The killer's job is to stop this from happening, take down as many humans as possible, and maybe stick them on a hook to then be sacrificed to some sort of tendrilled demon from above.

I'll get this out of the way early and say that the extent to which the new free-to-play economy impacts progression is something we'll only be able to nail down after many more hours of play. For now, I'll say that it does feel a little grindy, with an obvious push towards getting you to invest in some premium currency. My concerns with the port are more immediate, more deeply rooted than something that could later be altered in straightforward patches.

For starters, Dead By Daylight was never a conventionally good looking game, but it had a sense of style; a certain murky, hazy Texas Chainsaw-like grit to it. Dead By Daylight Mobile, by comparison, looks really quite awful. I'll say that it holds up better in motion than it appears in the attached screenshots, but this is still a rough, ugly port. 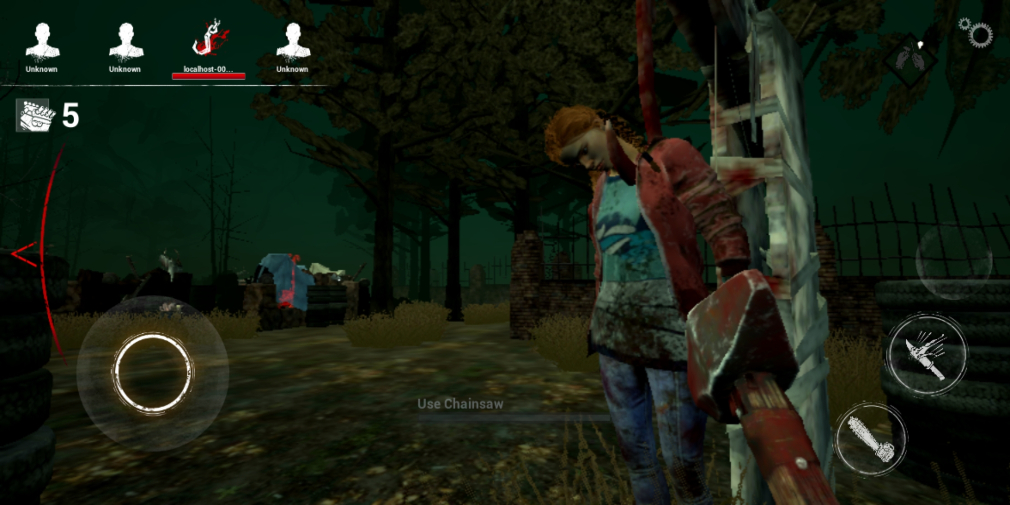 I spent most of the match looking over his shoulder, watching in complete amusement as he careened drunkenly around the drab map, occasionally getting a hit in through sheer dumb luck but always appearing totally sozzled. Lord only knows how ridiculous the lumbering Leatherface rip-off looked to his would-be prey.

Admittedly, we both gradually got, let's say, acclimatised to the less-than-ideal on-screen button placement and cumbersome movement, though dodgy controls don't stop being an issue just because you grow to tolerate or learn to work around them. 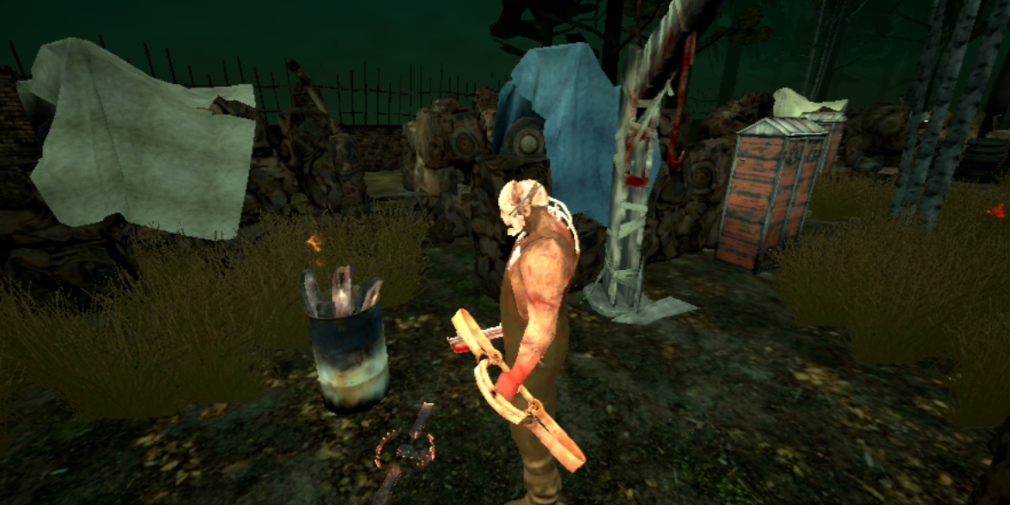 Everyone should be fighting to play as the big, bad monster. It's one of the few things that 2017's Friday the 13th managed to do well, with the building score and ludicrous, easy-to-use supernatural powers really selling the idea that you were this unstoppable evil. 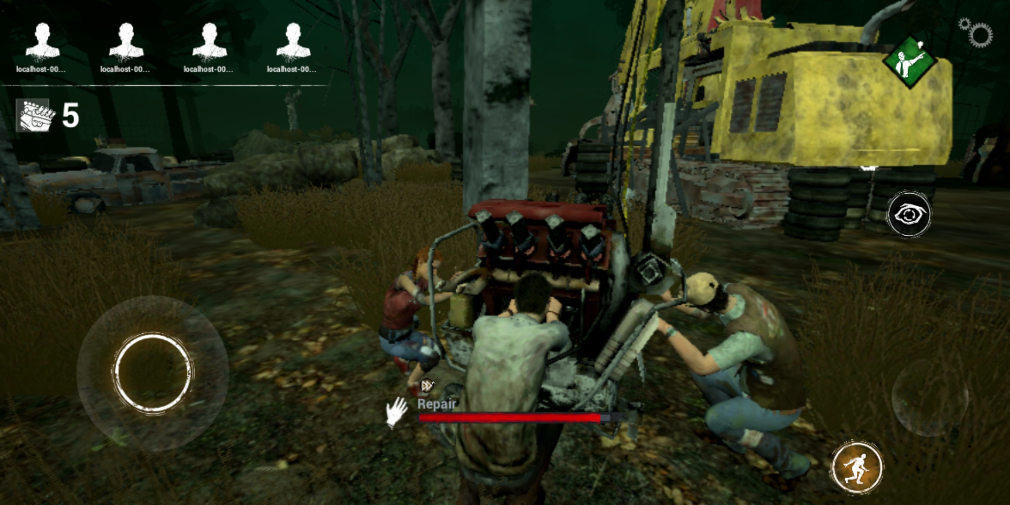 In the case of Dead By Daylight Mobile, well, there's almost no tension to any of it, let alone moments of genuine fear. I was frustrated and annoyed after several rounds of play, though I kept going to see whether the many rotating upgrades would in some way improve things.

And yet, despite all I've said, I'm hopeful that Dead By Daylight Mobile can gradually be salvaged. The PC version in particular, though flawed, has a dedicated playerbase for a reason, and the developer has proved that it can keep the formula fresh with new characters, including Freddy Krueger, Ghost Face, and that gross pig thing from Saw.

Dead By Daylight Mobile is a shoddy port of a flawed game that might still be salvageable
Next Up :
Automatoys review - "Tactile fun from days long past"