There's something about David. that makes us want to pull out a simple, direct comparison to help explain its deeply engrossing gameplay, but for the moment we'll refrain.

It's a game that ultimately deserves to be considered as unique, despite clearly drawing from many influences.

Your character, David, is a square. He's out to thwart a series of massive, menacing bosses built from connected piles of triangles. This isn't a level-bashing game or a platformer - all you're required to do is defeat the behemoth geometric monster before moving on to the next one.

You're not unarmed, of course. David, as his biblical namesake suggests, is equipped with a distant relative of the slingshot. Holding a finger down on your character charges up this pseudo-slingshot. Flicking your finger discharges the shot in that direction, allowing you to dispatch any triangular limbs in range.

This isn't a careful and calculated attack, however. David. is very much a twitch game, and a demanding one at that. The bosses never stop moving, and each has its own idiosyncratic attack pattern that evolves as you chip away at its armour. So a fast and reactive approach is needed right from the outset as you try to fathom ways to get behind the enemy's guard.

Movement either comes from 'left' and 'right' buttons or via tilt controls, and a 'jump' button is used to give you height. You can jump repeatedly to keep gaining altitude, and this will also become one of your best defences against the fast-moving attackers.

Once the pile of triangles has been decimated, it's on to the next of the nine bosses. 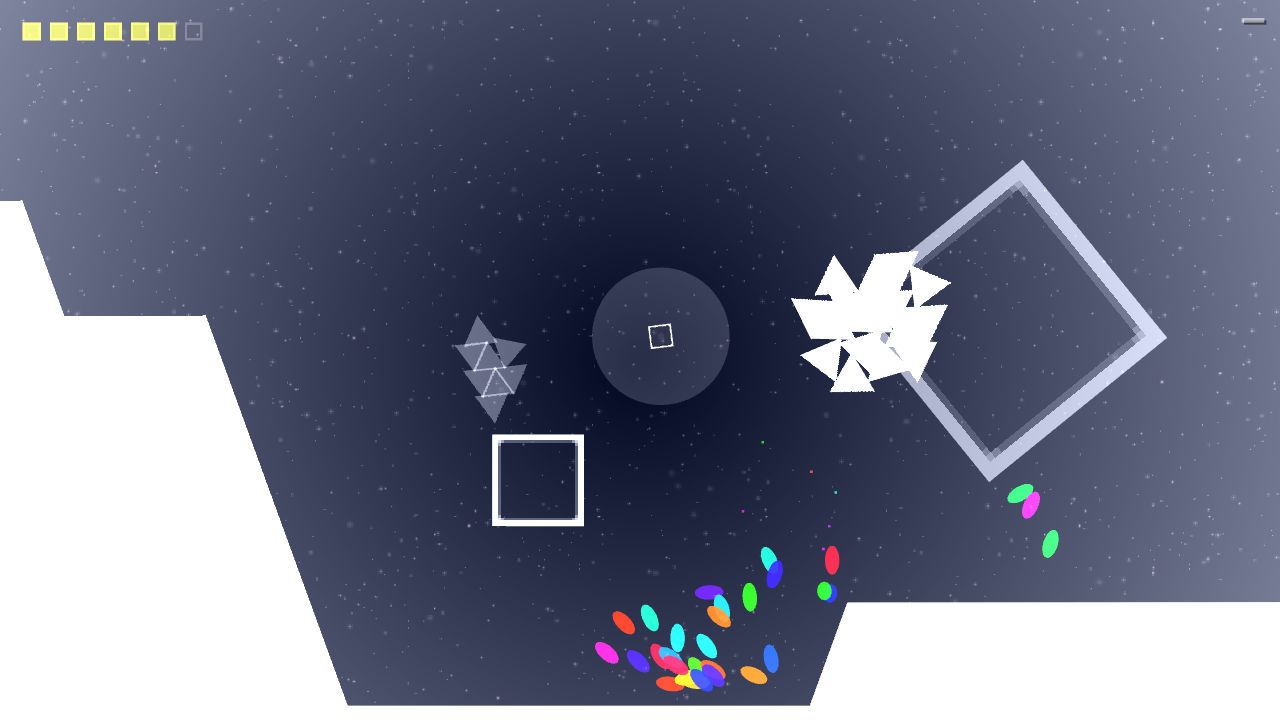 One of the reasons David. is so tough is that you also feel like you're battling against the controls. Movement, jumping, and firing are all easy and accessible, but most of us are one thumb short when it comes to performing all three at once.

We suspect this isn't entirely undeliberate. The game isn't particularly long, and its challenge isn't derived from simply getting to the end. Two modes of play are included, the first of which allows you to take a degree of damage before dying, and in this game you'll likely clear the first eight stages without a huge amount of difficulty.

Doing so opens up an Infinite game mode (which could have been released as a game all of its own), but to unlock the final boss you must complete the previous stages on the tougher mode, which doesn't allow you to take any hits.

What was reasonably easy and simple suddenly becomes massively challenging and strategic. If the game weren't so immediately engrossing we could see the challenge being too frustrating to tolerate, but David. pulls it off admirably.

The game, by this point, has you thoroughly hooked and you'll care enough about your little square to want - even need - to take the final Goliath down. 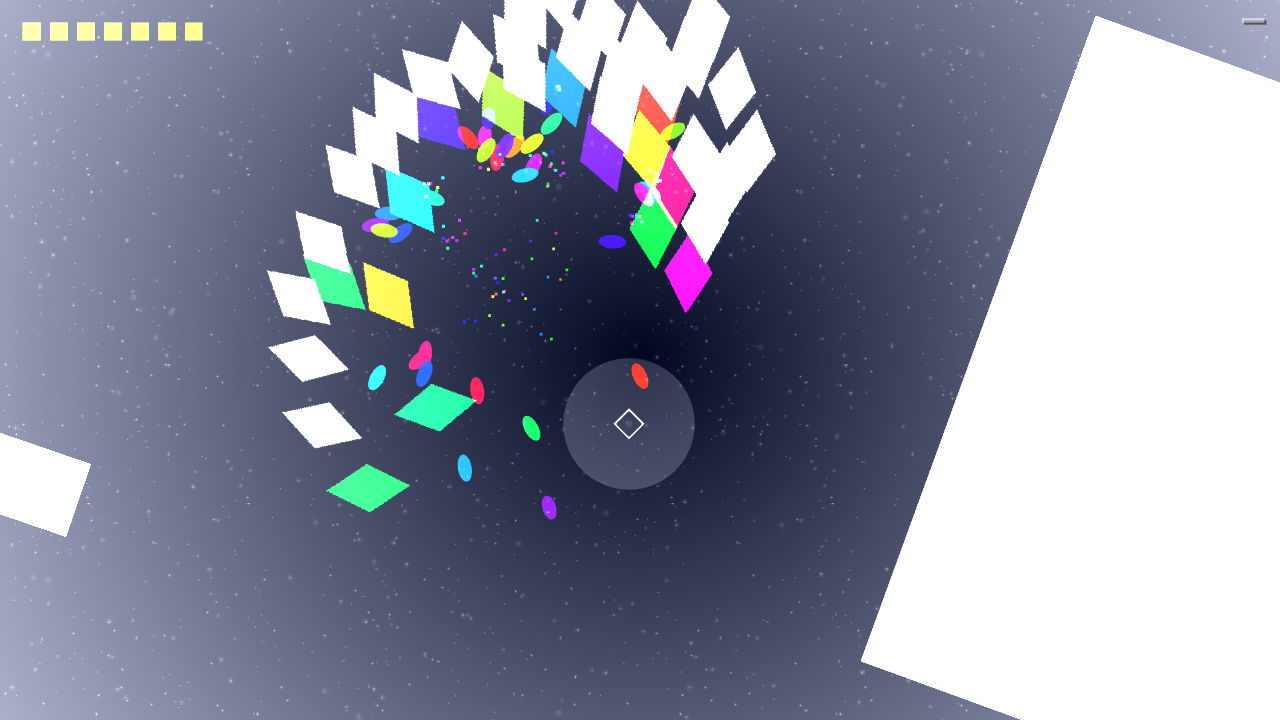 David. is an unusual game, for sure, so shining a spotlight on a few influences at this point will do no harm. It might even persuade you to buy it.

The slingshot mechanic naturally leans toward Angry Birds's style of play, and jumping, we have to say (sorry, sorry, sorry) is rather Flappy Bird. Neither is a negative point, of course. It's just a way to explain how David. is put together.

It's not all smartphone inspired, though. Shadow of the Colossus is easy to spot in the boss-focused concept, while the graphical style borrows from the excellent Geometry Wars. We're also put in mind of the level-long boss fight seen in classic shmup R-Type (and more so in the oft-overlooked and awesome R-Type Final).

All of which conspires to make David a must-have for the core crowd, just as much as twitch gamers and touchscreen fondlers.

So long as you're prepared to push through the frustrations, David. is surprisingly deep and incredibly rewarding
Next Up :
REDMAGIC 8 Pro review - "A beast in performance, but not without growing pains"