There was a point while playing Continuity 2 where I started a level and immediately pressed the home button on my iPod touch, muttering "sod that" under my breath as I did so.

Precisely eight seconds later, I started playing again.
That’s quite something for a game which has sliding-block elements. I despise sliding-block puzzlers, and would gladly see them all fired into the sun. In fact, that would be one of my three wishes were I to locate a magic lamp with a genie inside.

So for Continuity 2 to get away with such a heinous crime it must have plenty else going for it, and it does. For starters it has pedigree – it’s the sequel to a PC title which won Best Student Game at last year’s Independent Games Festival, as well as a Gameplay Innovation Award at IndieCade 2010.

And not without good reason. Continuity’s only real problem was that it was a little slight – 32 levels of slidey-puzzley genius, and that was your lot. Fortunately, the sequel has upped that tally to around 50 and increased the difficulty.

In terms of presentation, it hasn’t changed a great deal, but the artful simplicity of the visuals seems to fit the smaller screen. It looks classy where once it seemed a little sparse.

As with the original game, the object of each level is to guide a stick man to the exit door, collecting a key on the way. Each stage, however, is split between a number of sliding tiles. It’s your task to rearrange them to complete the level and move onto the next.

Initially, it all seems very straightforward. But to move from one tile to another the platforms and gaps on the tiles have to match up with the adjacent ones, or your avatar will fall into nothingness.

A solution might look simple at first, but you sometimes have to go via C and D to get from A to B – and often back through A, then C again, before moving back to D, and then B.

Then things get really tricky. Because rather than simply sliding blocks around, the orientation of your device becomes an important consideration. I swear the game doesn’t tell you that you need to do this (either that, or I figured it out just before Continuity 2 told me) but at one point you reach a stage where nothing seems to make sense. Invert your iPod touch or iPhone and voila! Problem solved.

It’s a wonderful piece of game design, and adds a whole new level to Continuity’s ingenious puzzles. That’s before you have to consider momentum, the need to stop your avatar in mid-air (a rapid double-tap freezes the action while you swap tiles, zooming back in when you’re ready to move once more), and levers to pull on the later stages.

Occasionally this becomes a little exacting – particularly with such strict time limits to truly complete each level rather than just passing them – and the double-tap can at times seem a little unresponsive. Ditto the gyroscope, which can sometimes respond a half-second too late to your tilts.

Yet with no penalty for dying - other than a loss of valuable seconds - these are minor quibbles in a polished and stylish puzzler that makes for an elegant expansion to a superb original. 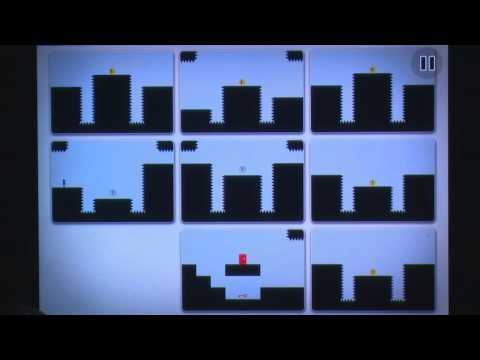 Frustrating in all the right ways, this sophisticated head-scratcher is a must for puzzle nuts
Next Up :
REDMAGIC 8 Pro review - "A beast in performance, but not without growing pains"

Narrated overview of Continuity 2 on iPad