There’s something beautifully chaotic about Colt Express. There’s strategy and thoughtfulness here, but there’s also a very real chance that all of that will go out of the window and you’ll end up punching the air.

And I mean literally punching the air. Or trying to steal things that are no longer there. Or are there, but you’re not.

It’s a digital boardgame adaptation that’s easy to pick up, and reveals more and more depth as you poke and prod at its intricacies.

The game casts you as one of a number of bandits trying to rob a train. You get a hand of cards that represent your actions and need to use them to nab the most cash over a series of rounds.

The twist is that you play all of your actions in advance, taking it turns to lay down cards that then play out in the second part of the round. 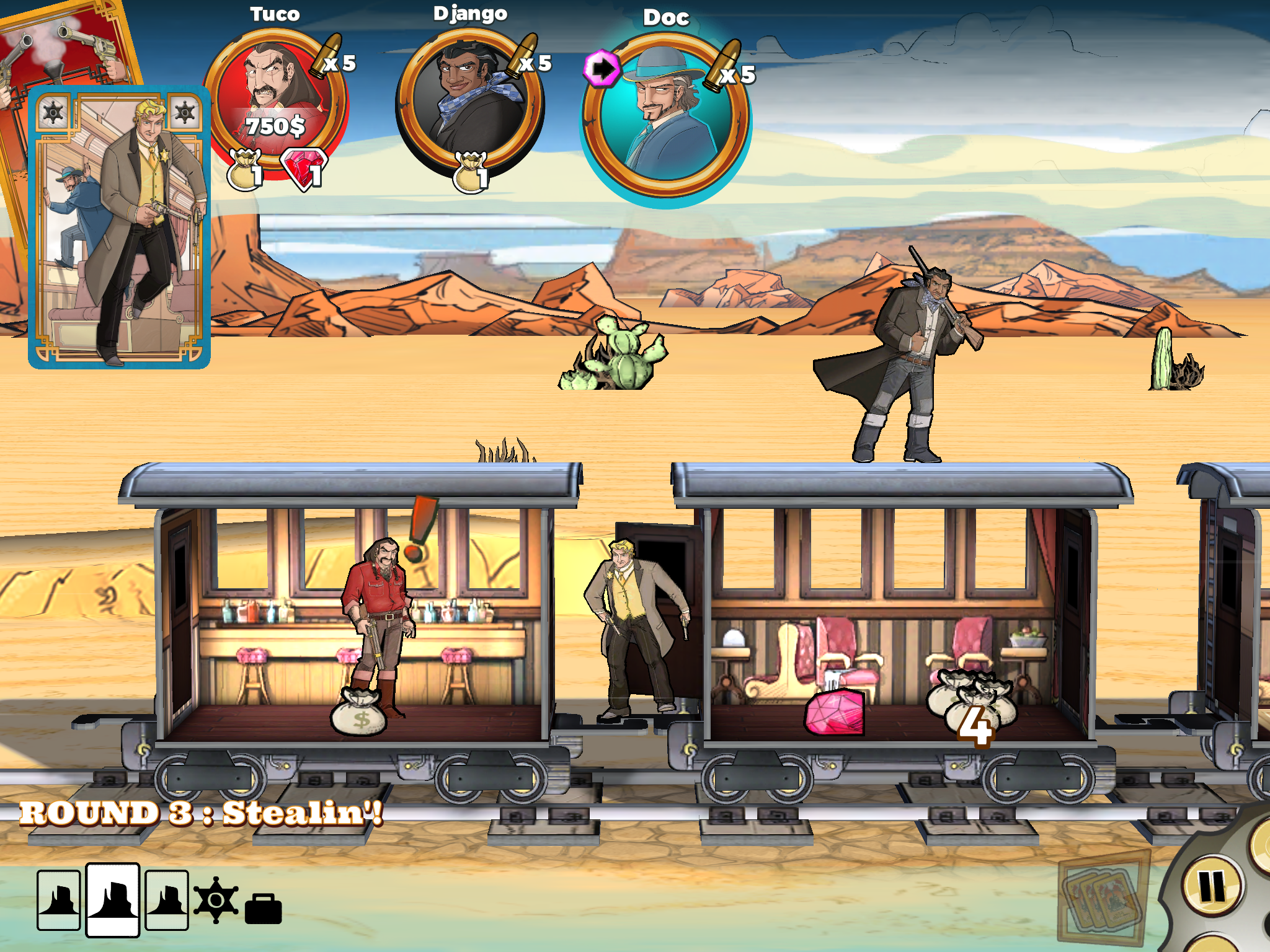 That means that sometimes you’ll find your plans completely scuppered. You can see what the other players are playing for the most part, but there are decisions they make that can mess you up completely.

You might play a card to punch an opponent, which makes them drop one of their bags of loot and pushes them into a different carriage on the train. But when it comes to it they might have moved somewhere else, so you’re left punching nothing.

You can shoot people as well, and this gives them a bullet card in their hand, which essentially just takes up space and means they’ve got less actions to choose from.

It’s a cleverly balanced experience, and when one of your plans works you can’t help but do a little fist clench and maybe a wiggle. 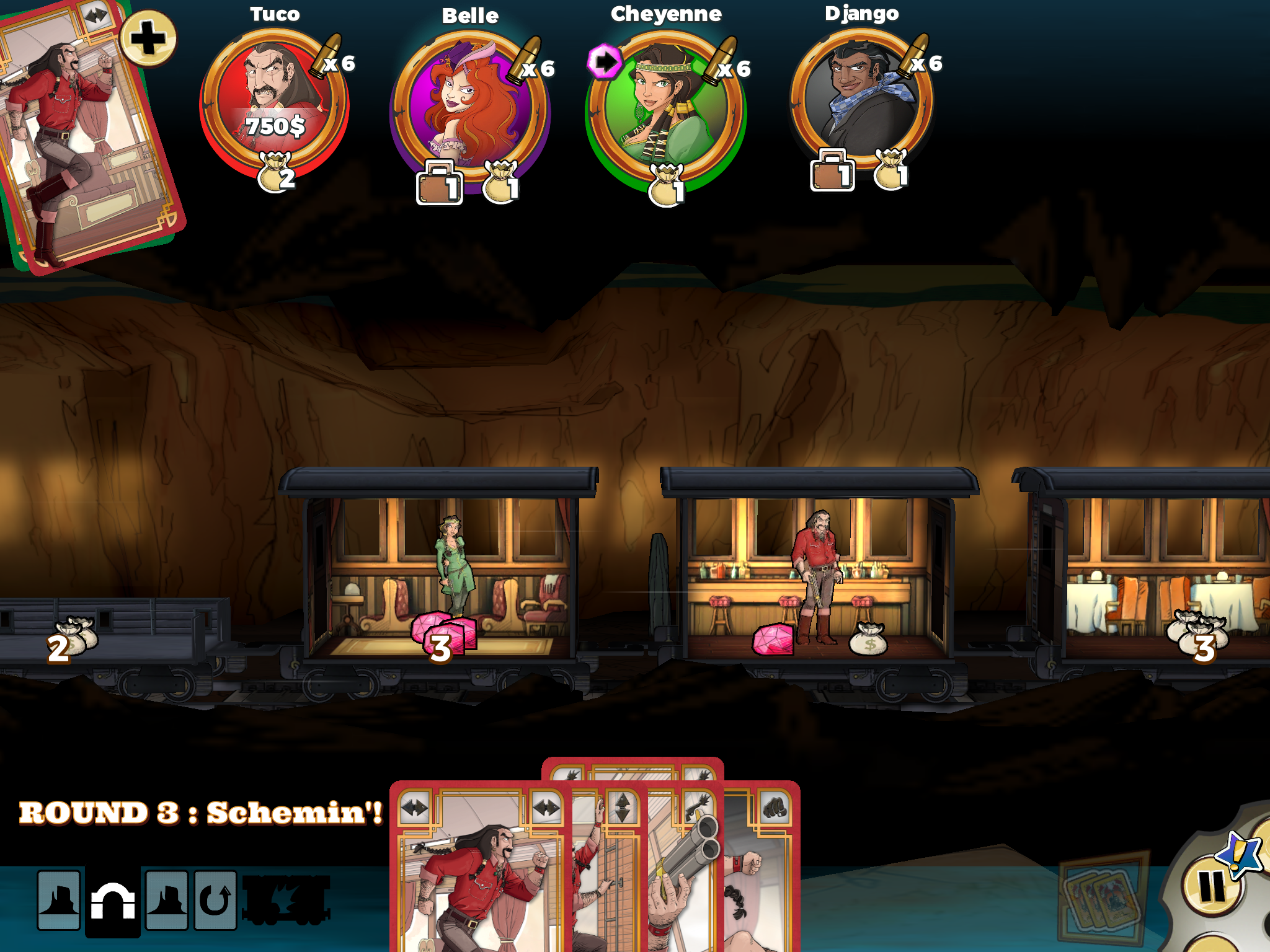 There are a couple of different modes to have a crack at. One’s just a straight version of the boardgame, although you can tweak things. The other is a story mode that gives you different objectives.

And it’s all really good. It doesn’t look like a boardgame either, it looks like a gorgeous cartoon reimagining of a Western.

Lay it on the line

All in all this is a smart and engaging mix up of the turn-based strategy genre. It throws multiple spanners in your works, but it’s up to you to figure out the best way to yank them out again.

If you think all boardgame adaptations are stuffy and slow then pick this one up and be proven very, very wrong.

A great boardgame that plays with all the pace of the best mobile titles
Next Up :
Otaku's Adventure mobile review - "A truly bizarre love triangle"