In particular, Clash Royale's latest update has reduced the number of cards and gold needed for upgrades. Players will also be compensated for the cards that they have already spent when upgrading their stuff previously (you can learn more about the computation on the official blog).

Also, take a look at the Clash Royale tier list of every card to check how the update has impacted each one!

New Champions have also joined the fray, bringing exciting new abilities and unique features into the Arena. The Archer Queen possesses a "Cloaking Cape" ability that renders her invisible and boosts her shooting speed, dealing massive damage to foes with her arrows. The Golden Knight features a "Dashing Dash" skill that enables him to speed towards opponents and attack with chained offensives for some serious multiple damage. 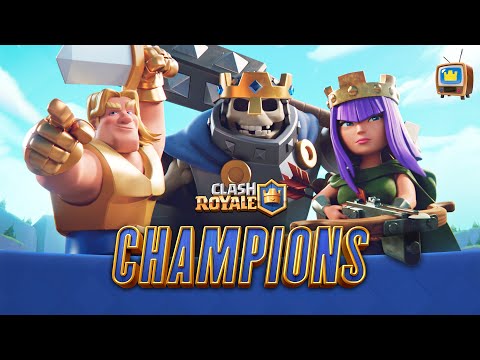 Finally, the Skeleton King's “Soul Summoning” skill lets him gather dead souls and raise them up as skeleton warriors that'll do his bidding. Players will be able to unlock these new Champions upon reaching KL 14, but can also play with them in Special Challenges with infinite retries and epic rewards. This includes 10k Gold and a free Book of Cards, plus other in-game prizes up for grabs in the second part of the Challenge.

If you're hungry to get in on the action and try out the new Champions yourself, you can download Clash Royale on the iOS App Store or on the Google Play Store for Android devices. It's a free-to-play game with in-app purchases.

Want more free games on your phone? Check out our top 25 best free mobile games to play on your iPhone, iPad or Android Phone in 2021!