Take that you scallywags

Atlus and developer Eden Industries have released the barmy cartoon-style RPG Citizens of Earth on Vita in Europe today (yesterday in the US).

It should also be available on the European eShop for 3DS as of tomorrow (January 22nd). It'll have have a 20 percent discount on there for the first week too.

If you don't remember, Citizens of Earth is inspired by Earthbound but weaves a tale around the Vice President of the World.

We went hands-on with it last year if you want a more thorough refresher.

Otherwise, all you need to know is that you're trying to find out why the world is going down the drain. Expect corporate conspiracy theories and mutated creatures. 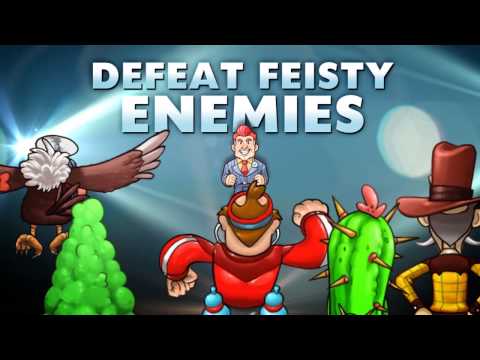 But it's not a political game: you'll be recruiting from among 40 citizens to fight beasties, baddies, and aliens in turn-based battles for you.

You can have a baker, a handyman, and a cat lady fighting for you, if you wish. Yeah, not your usual dwarves and elves, huh?

If you fancy a comedic love letter to '90s RPGs Citizens of Earth may be worth a bash.