[Update: First footage] Cat Quest is an open-world RPG by the creators of Slashy Hero coming soon to mobile

It's unlikely to be a cat-astrophe

Update on May 31st at 14:04: Gentlebros have now released a first look at the game in action and it looks stunning.
You can see how your character will move around the world but we still don't have anymore footage of the game's combat in action. 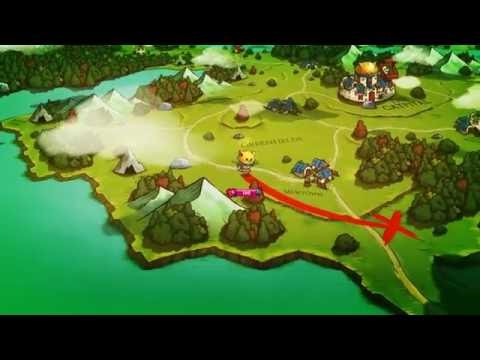 Subscribe to Pocket Gamer on
Cat Quest has all the makings of a high-quality, in-depth RPG for mobile with its huge sprawling map and intriguing story.

Players will get to customise their cat in various different ways, then send them out into the world to fight dragons.

No, really, your cat belongs to a long lineage of warriors who can kick dragon butt. Your job is to do exactly that, while also discovering the source of their resurgence.

The developers claim Cat Quest probably has the largest map seen on a mobile device with icy plains, green fields, and pirate island. You can even travel around on a boat.

You move around by drawing a path on the map with your finger, but can encounter dangers as you go which you can choose to avoid or confront for rewards.

The game will have three major cities and the player can plot journeys all over, from hidden caves to small towns.

Cat Quest has an in-depth combat system which is being compared to Final Fantasy with its risk vs reward mechanics. You'll also be able to level up your cat and collect new armour.

There is no release date for Cat Quest as yet, though we are being told to expect it towards the end of the year.

For now, take a look at the gorgeous images and try to restrain yourself from asking the devs for the game right meow.