There are plenty of console franchises that could be given a mobile makeover.

The harder question, however, is how best to make the most of signature gameplay in terms of the format's controls and different play patterns.

It's a situation Criterion Games dealt with as it revisited long running Burnout franchise, resulting in Burnout Crash, a game dedicated to fan-favourite Crash mode.

Originally released for XBLA and PSN, we caught up with Criterion Games creative director, Richard Franke to discuss the changes for the iOS version of Burnout Crash, and the team's dedication to evolving its best known franchise.

Pocket Gamer: Where did the idea of Burnout Crash come from?

Richard Franke: Crash mode has always been one of our most beloved creations at Criterion - we know from the amount of mail we get about it that the fans agree.

We wanted to bring it back in some form and since we had the opportunity to produce a small downloadable game, we thought what better opportunity that to revisit Crash.

Burnout Crash was originally released on XBLA and PSN, so at what point did you decide to do an iOS version?

When I first designed the game, I actually had mobile in mind, but for one reason or another it ended up on console first. 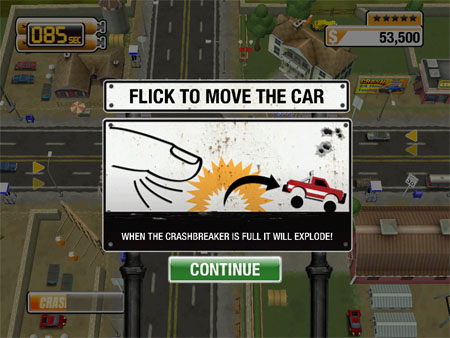 Luckily that meant for the mobile version we had the chance to improve the gameplay based on feedback from the console versions.

What changes did you have to make between the console and iOS versions? Where there any technical issues?

There aren't really any changes made for technical reasons; it's all about usability and making the best experience for the user on that platform.

The first thing you'll notice is that we redesigned the entire front end (menus) to suit the touchscreen and make things a bit bolder. We also reduced the number of clicks between starting the app and getting into the game.

There are changes to the gameplay structure to make some of the game modes more forgiving, especially Road Block, which on console was a much longer affair called Road Trip.

Mobile suits a more casual style of play that does not last too long so we tweaked that mode.

Obviously there are the changes to the controls. We spent a lot of time getting them right and went through several iterations before we settled on the flick system. Also adding the nudge system felt a little more forgiving, so that you can nudge the car when a traffic vehicle passes just inches away, even when your crash breaker isn't full.

How did you go about adapting the Burnout formula to work on iOS devices?

Mobile is a very different environment for gaming, and its audience has different expectations. It would have been difficult to do a fully 3D realistic Crash mode on the mobile platforms, plus I wanted to make a game that was accessible to a more diverse audience than on console. 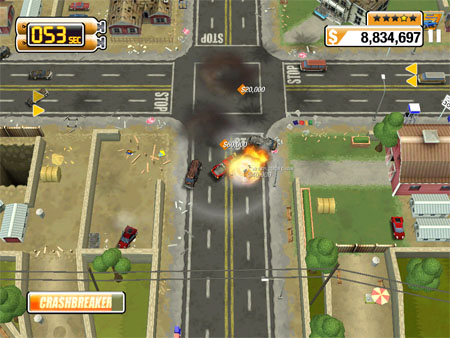 We wanted to inject more of the Criterion sense of humour in a much more unadulterated form than we have in previous titles,while retaining as much as we could of the unbridled destruction and soul of the original Crash mode.

Did you ever plan to have anything other than the Crash mode?

We did expand it to three modes, but it was never intended to go beyond crashing.

Why make the decision to have crashed cars fade and disappear after a certain time?

You'll notice that in one of our modes, Pile Up, the cars don't fade. The decision was made on a per mode basis to keep the gameplay running smoothly.

It's all about mitigating the risk of creating a road block and then having it explode and clearing the road, against the benefit of creating that pile up and getting a big combo bonus when it detonates.

What development tools did you use to bring Burnout Crash to iOS?

We actually developed all our own tools. We are gluttons for punishment!

But seriously, we are very serious about quality, and having that much physics going on required a bespoke system in order to run at the required frame rate.

After such a long break from the Burnout series, why did Criterion decide to bring it back in this form?

If you look back across the Burnout franchise, you'll see that Criterion has made a conscious effort to change things up with every iteration of the franchise. 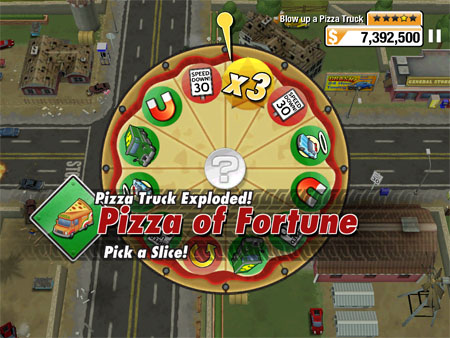 This one maybe a little more radical but that doesn't mean that Burnout will go in this direction in the future. Who knows where it will go?

How have you found working with iOS as opposed to consoles?

The most difficult change is in our way of thinking about what the audience expects. We probably put more effort into this product than we needed to because we are so used to creating much larger and more elaborate games.

But in the end as long as it benefits the player, we don't see it as a problem. It has certainly been a great learning experience.

Do you have further plans for iOS development?

That would be telling!

Thanks to Richard for his time.

You can try out Burnout Crash, which is a universal app priced $4.99, here [iTunes link].