King couldn't have made it too far into 2017 without releasing a new game, so make room on your phones for Bubble Witch 3 Saga. 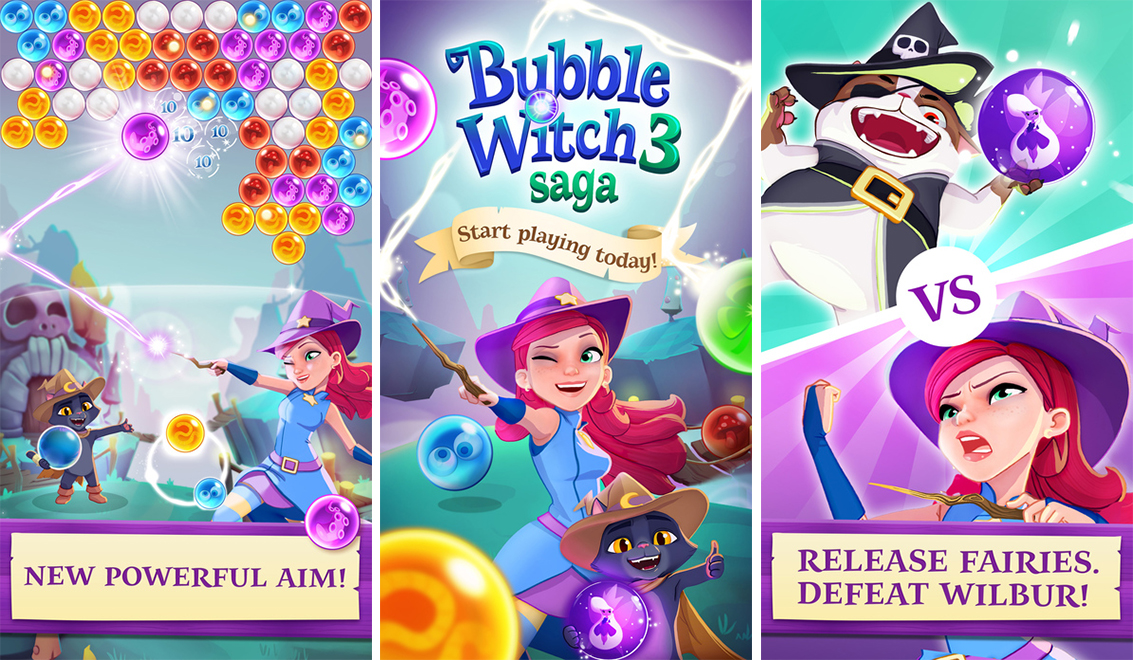 In case you couldn't tell Bubble Witch 3 Saga is the third installment in the Bubble Witch franchise. Rejoin your old pal and sassy witch, Stella, in her fight against Wilbur the lazy cat throughout a mass of bubble-shooting challenges.

'But what's different?' I hear you ask. Though the mechanics continue from the previous games, you now have access to Stella's House - a place where you can help rebuild Stella's home by filling the star bar and collecting Star Dust.

Aside from that there're new bubbles, boosters, and improved 'aiming line' which gives you more precise shots, and a bunch of special game modes.

Check out the game free-to-play on the App Store or Google Play now.