Boom Karts, a multiplayer karting game from the creators of Hill Climb Racing, is out now for Android

Finnish developer Fingersoft has globally released a new fast-paced online multiplayer PVP karting game called Boom Kart. The title is now available for Android and the iOS version is coming soon enough. The game is made in partnership with Zaibatsu Interactive.

Just like any other kart racing game, Boom Kart requires you to manage the speed and control your kart to defeat the opponents and grab the podium. But the kart isn’t just an ordinary one, it also comes with different gadget compatibility.

As you progress through multiple levels of the game, you can upgrade the vehicle's various components. The multiplayer feature of the game allows you to compete with in-game friends or random players in a PvP mode.

The learning curve of the game promises to be simple but has tight controls and the drift boost mechanic is inbuilt and needs no practice or experience to start at first. Although it might look easy to win every race, the game wants you to develop new skills and play styles to make every race an exciting and remarkable one. 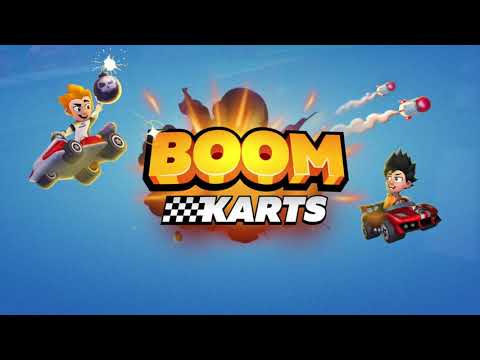 The game contains numerous avatars and kart skins to use before heading to the race. It can be said that the game provides an ultimate customization experience in every aspect.

Also, you can unlock chests that might contain new helmets, t-shirts and other rare items. You can also obtain a blueprint of a kart and use it to redesign your existing one and further upgrade its attributes and stats.

With the global release of the game on Android, Jussi Ultima, the CEO of Zaibatsu Interactive, said "The development process has been very transparent and we worked closely with Fingersoft throughout the entire process. Both of us understood that this ensures the best final outcome”.

Boom Kart is now available on Google Play with an App Store link coming soon. It is a free-to-play game with in-app purchases.

If you enjoy playing multiplayer games on your iOS device, be sure to read our list which details some of the best to be played on iPhone or iPad.