Bomb Club lets you bomb everything in a chain reaction of explosions, out now on iOS and Android

Indie developer Antoine Latour has just released Bomb Club, an explosive puzzler that gives you the satisfying freedom of bombing things to oblivion across a tiled board. With the overall goal of clearing the board using a chain reaction of bombs, the game promises to feed the pyromaniac in you using a quirky cast of bomb-headed characters (plus hats).

From the game’s official screenshots, it appears Bomb Club isn’t just about fiery combustions without rhyme or reason - there seems to be an actual storyline as characters decked in adorably designed gear interact with each other in dialogue-filled cutscenes. Of course, the real stars of the show here are the bombs themselves, as each explosive device has a specific ability that may or may not be useful to you in your quest to bomb every tile in sight. 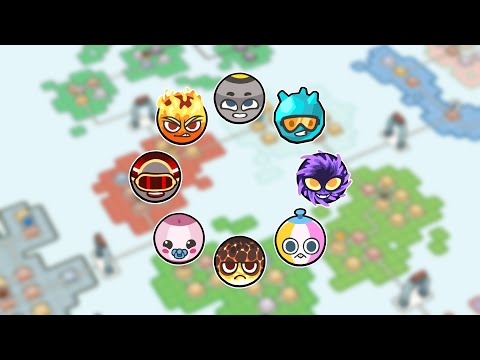 For instance, the Blaze Bomb incinerates everything in a criss cross pattern, and can even disintegrate items above gaps in the terrain. Wouldn’t it be cool to see if you can clear everything in a single chain reaction of explosions? Because the bombs themselves look pretty charming, it’s a bit of a shame to see them blow up, to be honest.

Featuring 30 bombs and more than 200 levels, Bomb Club is available to download on the App Store and on Google Play as a free-to-play game with in-app purchases. You can also give your bombs special hats for extra abilities, as well as unlock optional level packs if you’re looking for more bomb-astic challenges. For more info, why not visit the official website for all the latest developments, or catch the embedded trailer above to get a feel of the game?

Eager for more puzzles to tease your brain cells? Check out our list of the top 25 best puzzle games for iPhone and iPad (iOS)!