Playing F2P games is a little stressful for me...

Given it was the first mobile game to revenues of $1 billion, it's no surprise that plenty of Japanese developers are looking to GungHo's Puzzle & Dragons for inspiration.

Not many are taking the approach of two-man indie Dot Warrior Games, however.

We caught up with Phu after the recent Bitsummit event to find out more about the game's development and what it's like being an indie in the often highly corporate Japanese developer scene.

Pocket Gamer: Can you give us some information about Dot Warrior Games and Block Legend?

We met at this game dev-ish cafe in west Tokyo where we were giving presentations. We liked each other's work and decided to make a game together. I've been a huge fan of puzzle RPGs ever since Puzzle Quest, and wanted to do one right.

How inspired have you been by Puzzle & Dragons?

When people think of a puzzle RPG nowadays (at least in Japan) they think of Puzzle & Dragons. However, it's filled with IAP, gacha, and monetization. And so everyone's trying to clone that. 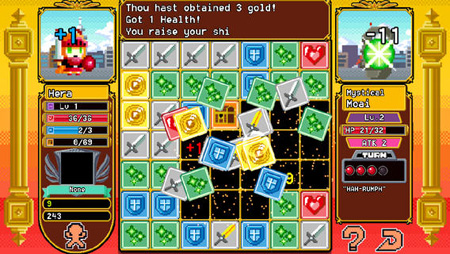 I felt the genre deserved better than that, so I wanted to prove there's more to puzzle RPGs than just Puzzle & Dragons.

But given the strength of the F2P market, both globally and in Japan, why doesn't the game have any IAPs?

In essence I wanted to create a real game because I'm a gamer myself. Whenever I pick up a game with IAPs, all I can think about is "Alright, how much would I need to pay if I actually wanted to enjoy the game?"

It's honestly a little stressful for me. I wanted to make a game that's honest, as I feel any good game should be. You buy it, pick it up, play it. I believe games should be fun and fair. Inherently, in order to make money, a F2P game cannot be fair. It's just part of the rules of design and business.

Block Legend is labelled as a JRPG so why are you more focused on international markets than the Japanese market?

We focused on the global market because well, we've released the English version first! We would love to do a Japanese version at some point if we have time. We showed the game off to many Japanese users at Bitsummit over the weekend and they loved it - adults and children alike.

What's been your biggest challenge?

Mostly time and energy. I've been crunching myself 'till 2-3am most days after work and on weekends. I'm incredibly happy is over now.

Also, sometimes we had a few communication problems in terms of what we wanted from design/bugs. My artist doesn't speak English very well and my Japanese isn't too great either, but we made do with images, text, and good ol' Google Translate.

More generally, what's it like being an indie in Japan?

The indie scene is a little tough here. I've lived in Japan about a year and my main job is actually working at a social mobile games company. I've been exposed to almost every popular Japanese mobile game. 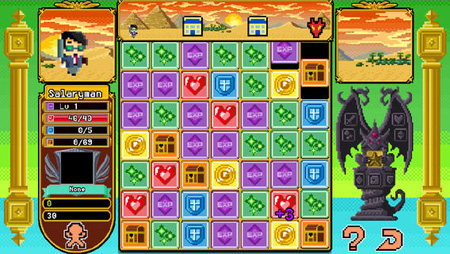 Actually, maybe it's not too different from the west. People are just making clones of popular systems down to the numbers, changing the art or monster designs a bit, and hoping for the best. The indie scene is still fairly new here but at Bitsummit there were a fair amount of interesting mobile games coming out so I'm hoping that gains some ground.

How do you think that events like Bitsummit will help indie Japanese developers?

There's a lot of Japanese developers who have no idea how to get their game out there but it's because of communication, knowledge, or just stigma.

In my opinion, the western indie scene is so strong because of communities pooling their collective knowledge-base, and talking, and helping each other out along the way.

Japan doesn't really have any strong indie communities so everyone is just alone, doing their own thing. I hope events like Bitsummit can bring people together and start some conversations between Japanese indies so they can get even more exposure and make even more awesome games.

We've live now. At Bitsummit, I bug fixed the entire time on the showfloor; literally coding with my left hand and showing people how to play the game with my right. We just submitted a large amount of bug fixes to Apple. 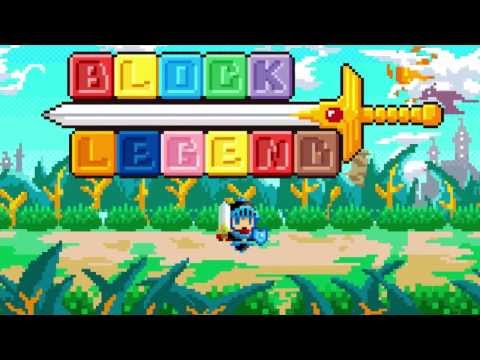 In the future, there's a few more features/goodies we'd like to update the game with or add, and we'll definitely be making the game more balanced.

And to everyone who's checked out our game and is currently enjoying it, thank you. We're reading all of your feedback.

You can check out Block Legends, which is available for iOS, priced $1.99. [iTunes link].
Next Up :
App Army Assemble: PomPom: The Great Space Rescue - "Do this platformer's fresh mechanics make it a must-play?"