Out at midnight: Blackwell Legacy, Unbound, and Convergence rise from the PC grave to haunt iOS 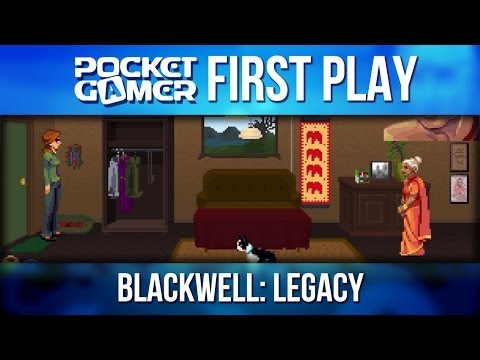 If you've never played then, the games all star Rosa Blackwell (or a member of her family): struggling writer, New York resident, and - most pertinently - spirit medium.

With this ability to yap to the recently deceased, she (and her spirit guide, trilby-wearing film noir reject Joey Mallone) will help lost spirits realise they're dead and move on to the afterlife.

And the pair will solve some murders along the way.

Like Wadjet Eye's previous iOS games, Shivah and Gemini Rue, you'll also get to do some investigating. Rosa can compare entries in her notebook to find connections or contradictions, and look up info on the web or in a phone book.

The final two Blackwell entries - Deception and Epiphany - are expected to appear, like a ghost in a mirror if you say Bloody Mary three times, on the App Store later this year.