Gaijin Games has revealed over on the EU PlayStation Blog that long-winded auto-runner with a musical flourish Bit.Trip Presents Runner2: Future Legend of Rhythm Alien will be available for PS Vita next week.

The game is a gorgeous-looking sprinter in which you leap over and slide through a series of obstacles, collecting chunks of gold and other power-ups as you go.

The Vita version is a port of the PC and console game from earlier in the year, and features all the same modes and content included in the original versions of Gaijin's well-received platforming gem. 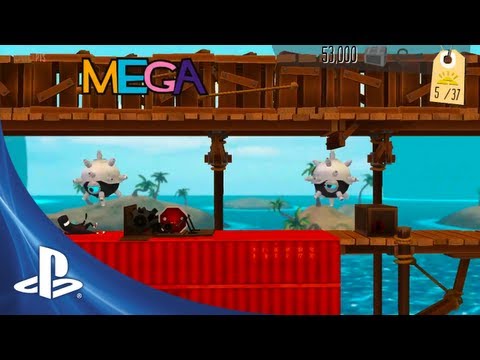 As well as all that, the Good Friends character pack DLC will be available from launch. So, yes, you're getting exactly the same experience as console players but in a bundle that's refreshingly pocket sized.

Bit.Trip Presents Runner2: Future Legend of Rhythm Alien will cost €6.99 when it surfaces on PSN next week. The DLC will set you back €1.99.

It looks like PS Plus subscribers will get their customary ten percent off for being smarter and cooler than everyone else, too.