iOS + Android
| Behind the Frame

Silver Lining Studio will be releasing its interactive story Behind The Frame on mobile devices later this year.

Behind The Frame intends to combine escape rooms with a narrative storytelling structure, presenting a story that explores characters’ emotions and plot development. The studio uses 360° panorama techniques to help immerse you within the game’s world too.

Perhaps the most noticeable aspect of Behind The Frame is its hand-crafted art style reminiscent of the works of Studio Ghibli. Personally speaking, as a massive nerd for anything Ghibli, consider me extremely excited to check out more from this game and to see more of that gorgeous art style.

You can take a look at the trailer for Behind The Frame and see more of that beautiful artistry below. 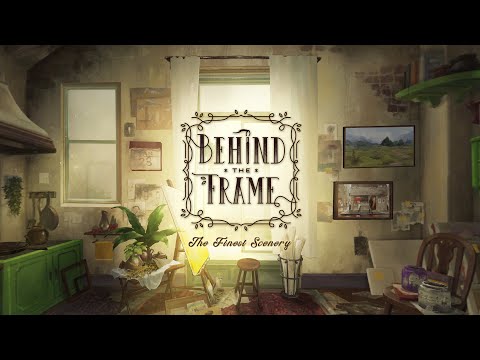 The game was recently featured in the Day of the Devs stream that was shown as part of E3 2021 where it received lots of attention. It also won first place in our own Big Indie Pitch at Pocket Gamer Connects Digital #5 earlier this year, in which Sophia called it “in many ways like an animated film come to life”.

Behind The Frame will be coming to mobile stores later this year. We don’t know yet if that includes both iOS and Android or just one of them, but you can keep up with the game’s development over on its Steam store page or on its website.

If you enjoy playing puzzle games on your iPhone or iPad and want to find more great ones, be sure to check out our list of the best ones on iOS.
Next Up :
Harry Potter: Puzzles & Spells welcomes the Yule Ball with special rewards and an unlockable Epic Yeti

Behind the Frame: The Finest Scenery is a gorgeous, Ghibli-inspired narrative journey that’s out now on iOS and Android