It's pretty obvious from the start that Barbearian wasn't designed for mobile. It's not about the controls, which work really rather well on touchscreen, it's about the overall shape of the game. It doesn't even try to fit into the quick-bite rhythm of mobile play.

From the start you feel woefully underpowered, and there are no concessions to let you gain skills or equipment quickly. From the very start it's a tough slog, and the game makes no apologies for it.

This isn't a game for casual mobile gamers, nor is it the game that's going to make them fork out a hefty upfront sum. But it is quite a lot of violent fun, so if that's what you're after from a premium game, then keep on reading.

The game sees you taking control of a bear. That bear has been chosen to represent its species in a series of trials. Those trials involve killing everything that moves while trying to stay alive.

There's more to the story than that, but since it's such a slow burn, dribbling little bits of information to you as you play, I don't want to go any deeper. Instead, let's focus on the core of the game - the slaughter. 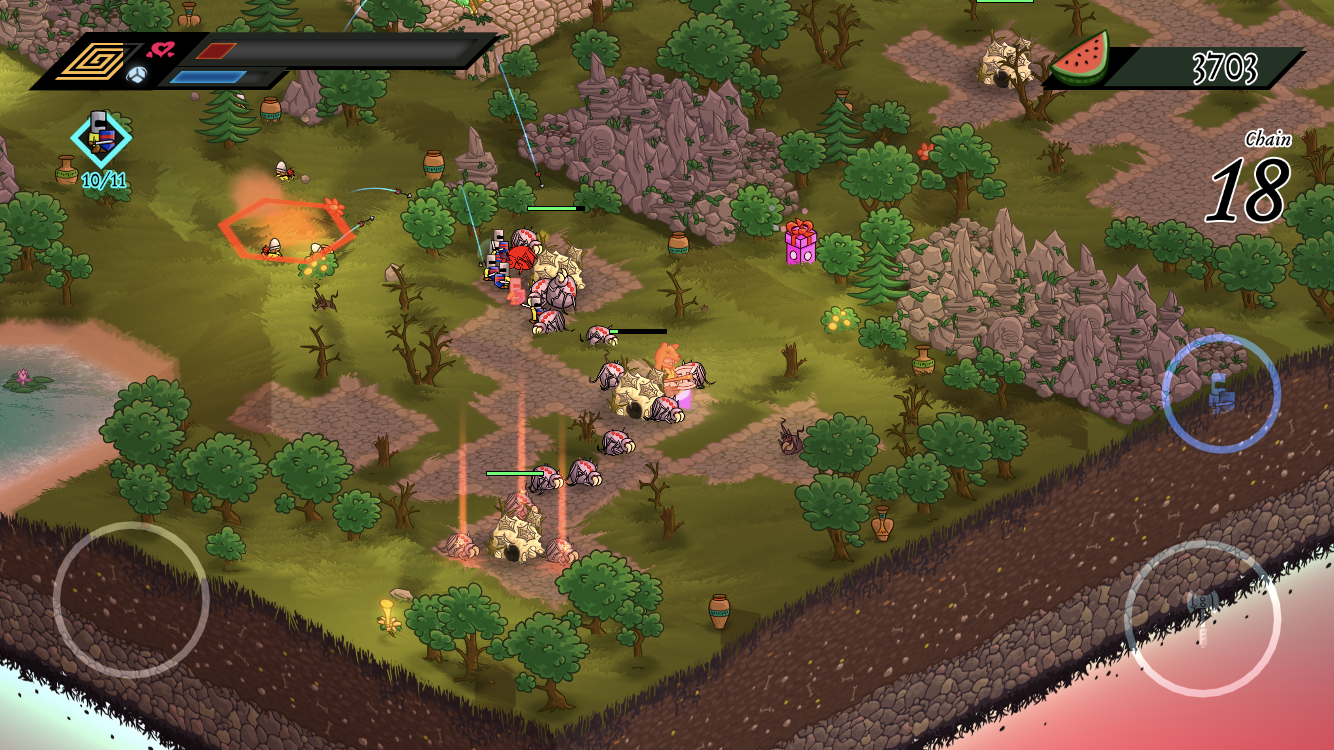 To begin with the options you're offered feel decidedly flat. You've got two buttons, one that unleashes your standard attack, and another that lets you roll into massive groups of enemies when it's charged up.

It doesn't sound like much and, to be fair, it isn't. The first few fights are mindless button bashing scraps. Slowly but surely though you're going to start getting to grips with the intricacies of the experience. 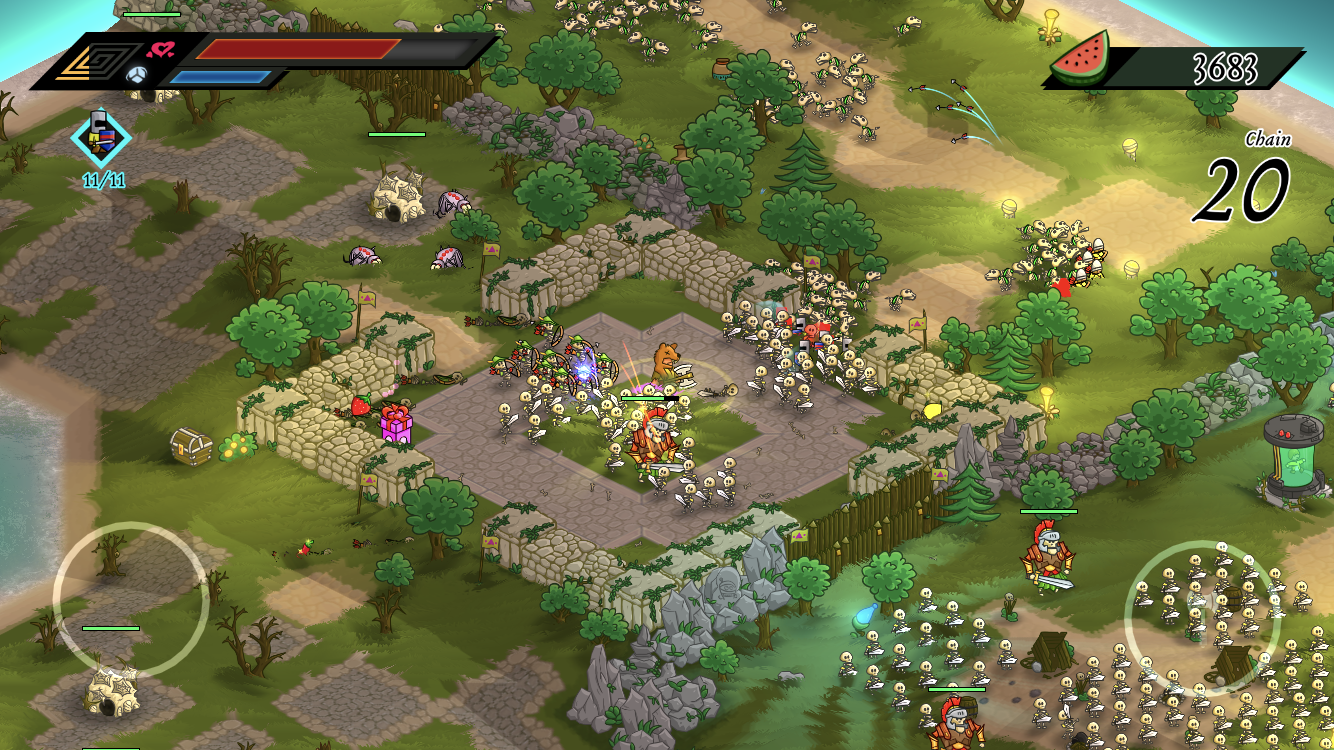 For starters there are people to recruit. They float about in goo-filled tubes and once you've freed them, they'll join your cause and fight by your side. Upgrade them in the hub world and they can become archers, knights, and more.

You'll also earn cash to spend on new in-game powerups. You'll be wielding machine guns, shotguns, and all manner of other projectile weapons, as well as boosting your health and buffing up your minion-resurrection skills.

As the game reveals more and more of itself, you're going to realise that the simple brawler you thought it was to begin with is actually a facade. There's something bubbling beneath every mechanic here, an extra layer that makes sure things stay fresh.

But the lack of concessions for mobile means that it's possible you'll buy this, play it for half an hour, and then cast it aside as nothing more than a screen-hammering simulator.

I urge you not to though. Stick with it, discover more, and let Barbearian work its way into your psyche. It's an expensive game, and no mistake, but if you've got the time to let it bloom, you're going to find something really rather special.

The early part of the game might be a bit of a slog, but stick with it and you'll find a fantastic experience
Next Up :
Pawnbarian review - "A minimalist roguelike that's hard to put down'"

Barbearian is a colorful hack-and-slash featuring massive battles, coming this summer to iOS