Twin-stick shooters all owe a debt of gratitude to Geometry Wars, and some of them more than others. Neon-infused shape warfare has become a genre all of its own, with scores of games clamouring for your attention on the App Store.

Ballistic SE continues that trend with its own take on the quick-fire twitchy shape-shooter, adding a few tweaks to the formula but staying too close to it to really stand out.

A load of balls

Playing as a heavily armoured silver ball, it's your job to shoot down waves of other balls of varying sizes. You control your movement with a floating stick on the left of the screen, and your shooting with one on the right.

If you're less accustomed to the shooter genre, you can leave the right of the screen alone altogether and let the game control the direction your bullets spray out in. It makes for an easier introduction, and bypasses some of the limitations of touchscreen controls at the same time.

The meat of the game lies in Waves mode, which sees you taking on increasingly difficult hordes of enemies. Different coloured balls react to you differently, some swarming you and others bobbing around the screen, multiplying until you're out of space.

Challenge mode sees you trying to survive for two minutes with a variety of different modifiers on the game and only two lives.

In both modes, you can choose from ten different buffs at the start of play. Challenge lets you pick more from the get-go, whereas Waves unlocks extra points to spend when you pass certain milestones.

The game's main new idea is the Ballistic meter. Once it's full, tapping a button lets you slow down time, giving you a chance to weave through particularly tricky formations and escape from seemingly hopeless corners.

Unfortunately, it's not quite enough to make Ballistic SE a must buy. It's certainly fun, and there's plenty for genre buffs to get their teeth into, but there are more impressive twin-stick shooters out there that offer more intense, better balanced action. 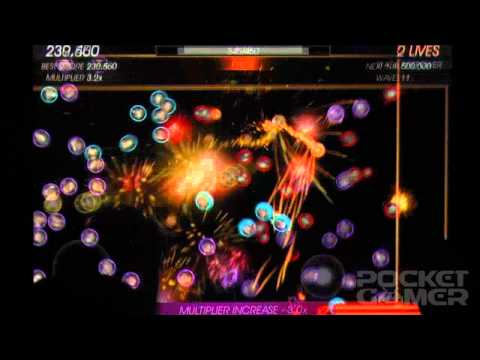 While it has some impressive moments, Ballistic SE falls well short of reshaping the genre template it fits so snugly into
Next Up :
REDMAGIC 8 Pro review - "A beast in performance, but not without growing pains"

Twin-stick shooter gets hard and fast