Attack on Titan, or Shingeki no Kyojin as the weebs call it, isn't a perfect series. It's easy to see how people have come to love the world, the mystique, and the dark themes, but when it comes to backing up those elements with decent story execution, it can drop the ball. And evidently, the same is true when taking Attack on Titan on mobile devices.

Attack on Titan: Assault is mobile RPG that has some decent ideas, but the execution is all over the place. From a dodgy UI, to mundane combat, and a dozen other tiny issues, it's hard to see Attack on Titan: Assault as anything but a missed opportunity, albeit one that's in-keeping with the rest of the disappointments the series has.

In Attack on Titan: Assault, you will find all the trappings of a usual anime-to-mobile-game adaptation. Gacha mechanics for collecting characters, obtuse items required for levelling up characters and gear, daily log-in bonuses, achievements, daily tasks… This is definitely a mobile game.

And while there are the typical mobile game frustrations, such as those aforementioned obtuse items needed to level up, they're not points I usually let frustrate my experience. But the game does so many other things wrong that these annoyances feel like gravel sprinkles on a cake made to look like chocolate, but is in fact made of something else brown. And smelly. 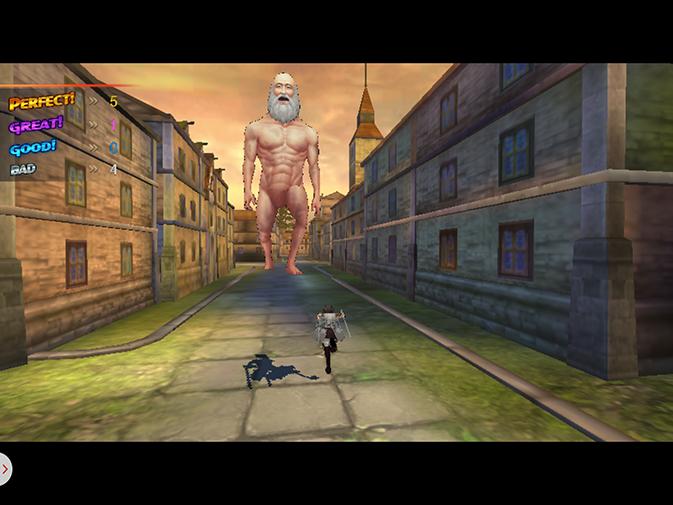 So let's begin. On my Android device, shortly after progressing past the tutorial, I came up against my first brick wall. When attempting to play the next main mission, I would get stick in an infinite loading screen. The game hadn't froze, it just refused to load, for minutes on end, on an Android device made for gaming. Forced restarts didn't solve this issue, it would always, on the same mission, freeze.

No matter, for I'm privileged enough to be able to hop over to my iPad and start again. I once again speed through the tutorial section, and luckily, it doesn't get stuck on any infinite load screens, and I'm able to make some progress.

And the rest of the game is exactly what you'd expect. You play through missions, beat down a bunch of titans, and slowly unlock more aspects of the game. A Trials hall for special battles, an Arena, a Gallery for soldiers, and more features get unlocked, giving you more dungeons and battles to test your team against. There's a lot to go through if you get into the swing of upgrading your team.

But to see through the other problems of this game and continue to play, you'll really need to ignore the many faults it has. For one, the UI is a mess.

What am I looking at 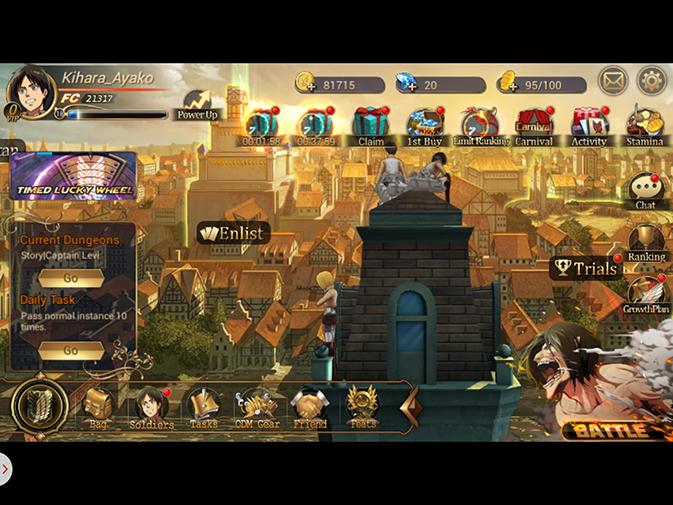 The main menu is truly, truly garbage, with icons surrounding every side of the screen, all begging for you to click them, with no clear indication of what any are. Honestly, what are you supposed to think "Carnival" is? Well this is a shocker, it's not an in-universe thing that fans will get, no, it's gacha roulette you pour premium currency into, of course.

If that's not enough, then on the two devices I tested the game on, the main menu is actually slightly broken. Slide all the way to either side of the screen, and the background art just abruptly ends. It just ends, and I'm fairly certain it's because they needed it to slide over further in order to fit the myriad of begging buttons on the main menu.

It's hardly the only aspect that feels half-arsed. Even summoning a new solider - something the game wants you to pay for - has a terrible animation. Most games at least make this feel like an enticing event that you want, but Attack on Titan: Assault makes even this feel cheap, with a static 2D piece of artwork scrolling by, before a character swings across a walled background.

Is that a major failure of the game? Is that an unforgivable crime? Of course not. But it cheapens the entire experience. And when the game already feels so cheap and lifeless, it really needs all the help it can get, but sadly, even the game's very best aspect can't hope to save it. 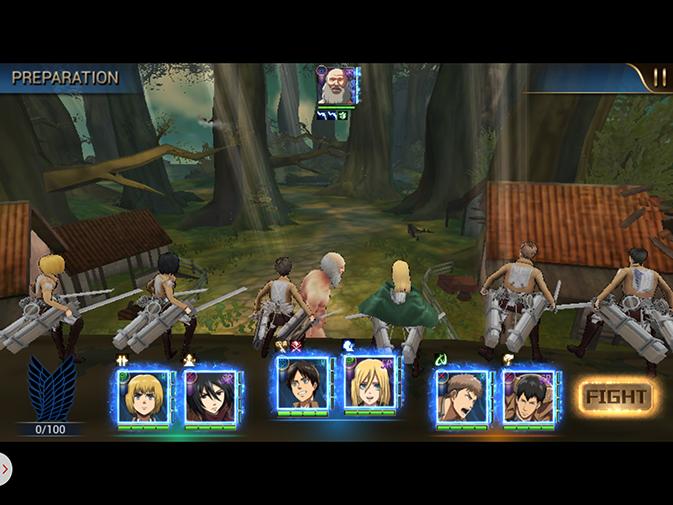 Battling titans is alright. It can be pretty fun, honestly, even if it is as simple as possible. You secure a team of at most six soldiers from gacha summons, power them up, select a titan, and then select fight. Each soldier swings in to take a stab at them, and a QTE appears for you to tap the screen.

Your soldiers have special abilities they'll charge up, some of them simply being a strong attack, a buff for your other soldiers, or a heal. These all tend to charge up at the same time though, so you'll suddenly have a turn where you can use half a dozen special attacks in addition to your normal attack, which feels like it removes some of the strategy. There aren't many moments where saving a special attack for a turn or two is really beneficial, instead the best idea is to just use them whenever possible.

If there is any strategy, it's in deciding which enemy titan to try and take down first. That's really it. No, the battle system isn't great, but it has some fun animations. Once you hit level 20, you'll be able to earn Titan cards, and start working in the series' signature beasties into your play. That's if you'll tolerate the game enough to get that far.

After playing the game on my iPad for a while, clearing through mission after mission, I got to a new story mission which was necessary for progression. And I couldn't play it. I just couldn't play it. The game said I needed to, it highlighted the stage, but tapping it did nothing.

But luckily, tapping around the screen incessantly revealed a hidden button in the bottom right which allowed me to continue. Nothing is ever easy, and it's yet another problem this game has among many.

Even if you have the best case scenario and the game works great for you, there's no ignoring the fact that it's not good. It's just fun enough to play to justify your time. Playing something else, anything else, just don't waste your time, and certainly not your money, on this.

Attack on Titan: Assault is a mobile game for the sake of being a mobile game. It follows a familiar format, yet executes it worse than its contemporaries. Don't bother with this
Next Up :
Hindsight review - "Deeply emotional but a tad repetitive"