Players who participate in Asphalt 9: Legends' latest collab race will vie for a spot in the final rounds from October 22 to October 31, with nine winners scoring the chance to nab LEGO Technic McLaren Senna GTR sets, in-game prizes, and bragging rights. The faithful digital recreation of the 830-piece design features moving pistons, a V8 engine, opening dihedral doors, and everything to love about the IRL model.

“We are always looking to give our fans new ways to enjoy the LEGO Technic play experience,” says Niels Henrik Horsted, Head of LEGO Technic Products at the LEGO Group. “This collaboration gives our fans the chance to get behind the wheel of this one-of-a-kind model for themselves and take it for a spin. When we designed the LEGO Technic McLaren Senna GTR we pushed ourselves to the limit to do justice to the engineering excellence of McLaren Automotive, and we’re thrilled to be able to replicate it virtually in such a standout way with Gameloft. We can’t wait to see our fans on the track!” 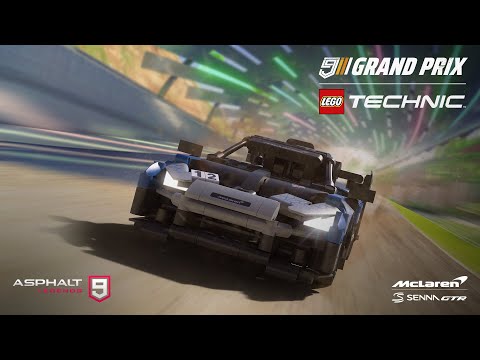 "We’re thrilled to partner with the LEGO Group and McLaren Automotive to offer players and fans a new way to experience one of the most prestigious and famous supercars - albeit in a digital and block form!” says Alexandre Tan, SVP Brand Partnerships & Advertising at Gameloft. "This in-game event shows Gameloft for brands illustrating how gaming can be the next level engagement tool for brands in a kid safe and respectful environment.”

"Through this collaboration between McLaren Automotive, the LEGO Group and Gameloft, we are excited that supercar, racing and McLaren fans will now be able to experience and share the thrill of driving our McLaren Senna GTR ultimate racer in its LEGO® Technic™ form in an incredible gaming experience – and with the chance to win some fantastic prizes!’’ says Gareth Dunsmore, Chief Marketing Officer, McLaren Automotive.

Start your engines and download Asphalt 9: Legends on the App Store and on Google Play today.

Next Up :
Zombieland: AFK Survival lets you fight off alien scum in its latest Men In Black collaboration event