With an almost tiresome degree of predictability, Gameloft's famous racing franchise has rolled onto the grid for its 2012 season.

Asphalt 7: Heat is, as you would expect, a revision rather than a revolution - it doesn't do anything massively different from previous instalments, but that doesn't prevent it from offering plenty of top-notch wheel-to-wheel entertainment.

Comprising both solo and online multiplayer modes, Asphalt 7: Heat has plenty of content to wade through.

The single-player Career mode spans 150 different events over 15 different tracks, and offers a plethora of real-world cars to unlock.

These are obtained using a combination of virtual cash and stars, the latter of which are awarded for stellar racing performances.

Pedal to the metal

Although the initial batch of vehicles is a little unexciting, once you get through to the later stages of the game you'll be slipping effortlessly into the plush leather seats of Lamborghinis, Aston Martins, and Ferraris. Heck, amongst the 60 cars in the game there's even a DMC DeLorean, of Back to the Future fame.

Several race modes are available, some of which take inspiration from the likes of the Burnout and Need for Speed series. For example, Elimination is all about staying at the front of the pack, as with each lap the last-place car is blown to smithereens.

Another Burnout hallmark is the ability to ram opponents clean off the track to secure your position and earn additional points. Drifting and dangerous driving earn you Nitro boost, which can be deployed to take your car to insane speeds.

All of which should be pretty standard stuff for established Asphalt fans - there's not really much on offer here that hasn't already been seen elsewhere in the series. The most noticeable difference this year is the improved presentation - Asphalt 7: Heat looks amazing, even on an old iOS device.

Given the low price and high visual standard, it's easy to overlook the fact that Gameloft hasn't really done a lot to justify putting that '7' on the end of this game's title. However, what Asphalt 7: Heat lacks in originality it more than makes up for in pure adrenaline-pumping racing action. 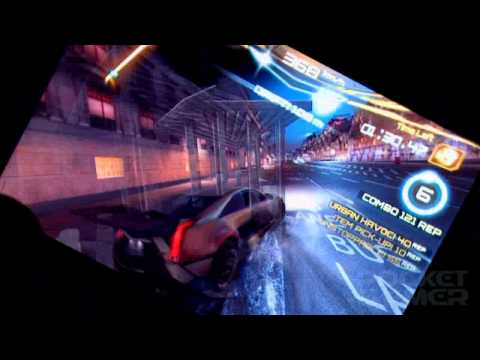 Very little has changed since the last instalment of Gameloft's arcade racing franchise, but Asphalt 7: Heat certainly isn't lacking when it comes to hot-rod action and stunning presentation
Next Up :
Hindsight review - "Deeply emotional but a tad repetitive"

Android gamers complain that Asphalt 7: Heat is bombarding them with Airpush-enabled notifications