Com2uS is all set to celebrate the fifth anniversary of their baseball game MLB 9 Innings 21. It will include several events and promotions for players to enjoy. The game has proven popular in the time since it first launched, with over 40 million downloads worldwide.

The 5th Anniversary Event will kick off tomorrow and run until October 31st. During this time, players can play through some special content and complete weekly missions for a chance to earn baseballs autographed by the Los Angeles Dodgers first baseman and outfielder, Cody Bellinger.

In addition to the birthday celebrations, a Dice Event will also take place. It will allow players to gather game items as rewards, with the payout determined by the number of laps they complete. For each lap, players can upgrade their team strategy. And then, if they achieve 20 laps, they will net themselves a Diamond Player Pack, which is seen as the best item in MLB 9 Innings 21. 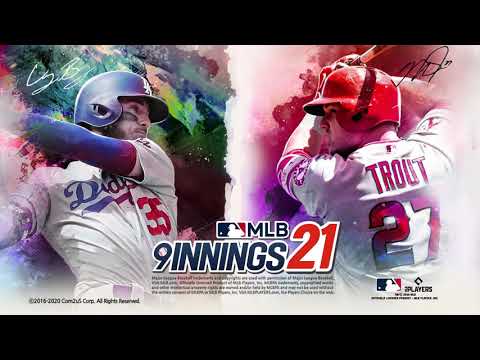 A Check-in Event will run from tomorrow until October 25th. By simply remember to log into the game each day, players can earn several useful items. Similarly, they can claim a Free 5th Anniversary Package before October 31st, which allows them to choose four items. Finally, they can claim benefits such as Ultimate Player Pack, Skill Reset Ticket, and an Intermediate Grade Increase Ticket.

If you're unfamiliar with MLB 9 Innings 21, it is a baseball series that Com2uS overhauls each season to introduce new features. The latest improved the UI alongside updating team logos, uniforms and stadiums. It has over 2000 MLB stars alongside 30 stadiums.

MLB 9 Innings 21 is available now over on the App Store and Google Play. It is a free-to-play game with in-app purchases.

Looking for more sports games you can enjoy on your phone? Here are 25 of the best available for iPhone and iPad

Idle Ghost Hotel is a unique simulator where you manage a hotel for ghost guests, now out on Android in early access