DRAGON QUEST The Adventure of Dai is a much-awaited team action RPG based on the hit anime series. Earlier this month, Square Enix announced the game would release globally on September 28th. Players can now pre-download ahead of launch on iOS and Android.

It is a team action RPG that is based on the hit anime DRAGON QUEST The Adventure of Dai. The game was developed by Square Enix and promises dynamic battle sequences and deep character progression.

Players get to form a team of three characters and battle oncoming hordes of enemies. The game also features an automatic mode, which you can switch to anytime you are bored, and it will take care of the all-in-game battles, allowing you to focus solely on the story and collecting new characters. 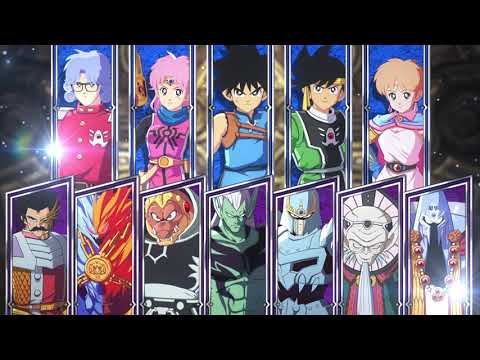 DRAGON QUEST The Adventure of Dai is scheduled to launch globally tomorrow on September 28th. However, the game is now available for pre-download. Players can now download the game via Google Play and the App Store.

The game servers haven't opened just yet, so players will only be able to enter the game after the launch date. The exact timing when the servers will go live has not been announced, but Square Enix has stated that they will announce the launch on their social media channels as soon as the game goes live. However, the in-game pop-up notification hints that the game will go live at 12:00 AM PDT.

DRAGON QUEST The Adventure of Dai is a free-to-play title with optional in-app purchases. The game is available for both Android and iOS devices and supports multiple languages, including English, Japanese, French, and Traditional Chinese.

DRAGON QUEST The Adventure of Dai: A Hero's Bonds gets a global release date

DRAGON QUEST The Adventure of Dai: A Hero's Bonds is an upcoming team based strategy game heading towards iOS and Android