Dojo Fight Club-PvP Battle is a brand new action game that has soft-launched in select regions for Android. The game is developed by Codigames and is free-to-play with optional in-app purchases.

Dojo Fight Club-PvP Battle sees players managing a small training centre with the aim of training the best fighters in the world. Players will then have to make them participate in competitions, use the earnings to expand their dojo, and improve the skills of their fighters in a quest to become the best Martial Arts expert. The game is produced by Codigames, who are famous for their popular Tycoon games. 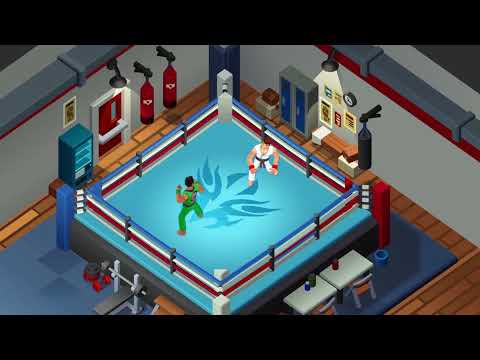 Dojo Fight Club-PvP Battle will offer players a casual and strategic gameplay experience where the right decisions will lead to profitable results. The game will also have a competitive mode where players can face off against other players to win exciting prizes. Proper management of players will also be an important part of the game, requiring gamers to train their team, modify their cards to increase skills, and add new techniques to create a unique and competitive team. Players will also be provided with a plethora of selection and customization options in the form of multiple characters for players to choose and several unlockable skins and emblems.

Also Read: Law Empire Tycoon is an idle game that lets you run a law firm; the game is now live on Android and iOS.

Dojo Fight Club-PvP Battle has soft-launched in certain regions. However, there is still no information regarding the list of countries where the game is currently available. Therefore, players can check out the Google Play link to see if it’s available in their region.

Dojo Fight Club-PvP Battle provides players a style of gameplay where it is essential to make the right decisions to gain favourable results, which is an excellent way to test the intelligence of gamers and provide them with a challenging yet engaging experience. The ability to make fighters more solid as the game progresses with upgrades and new skins should make the long-term gaming experience more enjoyable.

Looking for more idle games? Check out our list of the Top 10 best idle games on Android.